The Time - there is none

It was seven in the evening as I lost myself in a draw started some days before. I had an idea and it was for a running group where I am a member for the third year. Online, of course. The most friendly group I ever "met" online.

Being a candles fanatic especially during the winter, I took a small candle with a burn time of eight hours. I lit it inside the red ceiling chandelier and I got lost into my A2 drawing. No colours.

When I considered being done I still wasn't done. My body almost was in pain but my mind was still there, in my drawing. So I continued and I added a totally unexplained woman body on the bottom of the sheet. A woman formed from the dunes' sand of the desert at the border to the snow dunes .... no idea what that woman is looking for in my draw anyway but now she will stay there forever.

So, now the work was ready. I said in my mind - it could be about two in the morning, I better go to sleep. As I re-entered the room - I was there on the floor the entire time, but in different time and space - I saw the darkness around me. Above the drawing spot on the floor, I had a small reading lamp charged by USB. Now I saw that the light of the candle was gone and the first reaction in my mind was: "what the fuck? they said it will take eight hours to burn out, shit!! It took only three hours?!"

And I watched the clock: it was five in the morning, oh my Gosh!!!

You cannot imagine how it feels to realize that ten hours from your life are felt like only three .... these kind of "black-outs" are a sort of "washing your brain sessions", but in the good meaning. It is a very special therapy. 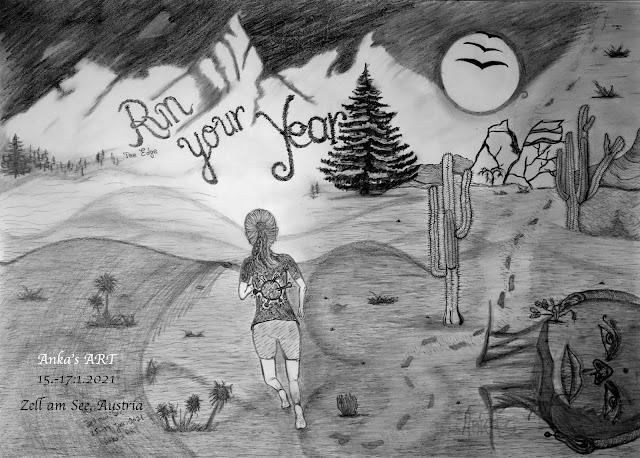