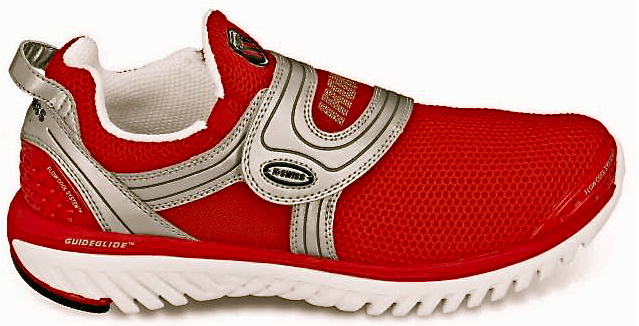 I have this beautiful running shoes since September 2011. Aren't they just beautiful? I love red, of course :-)
I've bought them for my half ironman 2nd race from June 2012, after I experienced the 1st participation June 2011. I wanted a triathlon running shoes pair for a faster transition. I wanted something light and for a hot day. I wanted something red, as my tri suit is red, my cycling race bike is white/dark red and so on. And I've got it. Unfortunately I ordered them late in autumn and I couldn't try them, then I forgot about them and the unexpected surprise was that ..... I didn't try them until the half ironman race day!!! Yees, incredibile, I know ....
The fact is that they are a little bit strange size. I normally wear 39, but they are 40. All my running and biking shoes are 40. The VFF are also 40. But for this model, 40 it was too big.
So, just before going to Oradea for the race, I bought some help :-) 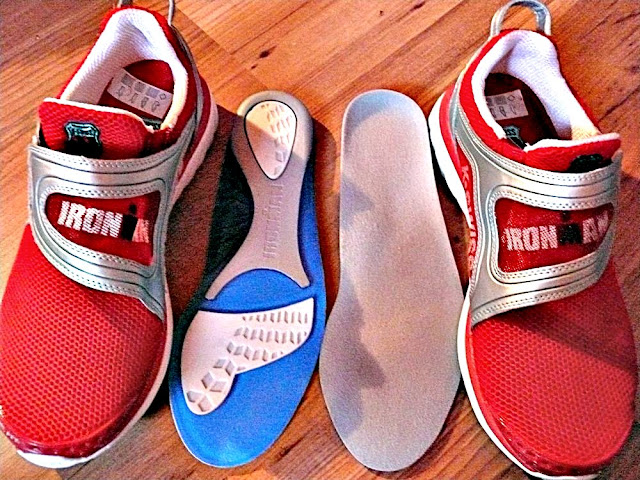 Very interesting items actually. Gel insoles. Strange feeling, good help. But you should try it before your race!
So, I've run the 21 km in Oradea and I suffered terrible running in these shoes, I hated them!! 2h20, 20 minutes faster as 2011, but I felt terrible and I wanted to sell them. I put them in a forgotten corner and never used them again.
Until yesterday - 04.12.2012 - ... as I've run a 21k in Bucharest, for fun. In a very unexpected way, I felt so well wearing them ..... that now I just LOVE THEM! I don't know why, maybe .... in the meanwhile I've learned to run in a more proper way? NO idea.
Costs: about 80 euros.
Use: running, triathlon, asphalt, hot weather. Ideal for the feet transpiration, it can be worn with or without socks! The thin, ultra-light web over the feet gives a wonderful feeling of feet freedom and it is important to wear the proper size, of course! As mine are bigger as they should be, it was normal to have instability problems for such a long run.
An ultra-light super-cushioned racing shoe featuring cutting edge Blade-Light technology engineered to shave minutes off your time. The midsole and outsole feature anatomically placed K-EVA blades which are aligned to the angle of impact and critical flex points for ultra-light super cushioned and amazingly flexible ride. The top layer of low density (52d) K-EVA in the GuideGlide format provides second stage impact protection and natural foot guidance. A micro layer of Superfoam sits underneath the K-EVA sockliner to provide a soft and resilient feel under the foot. 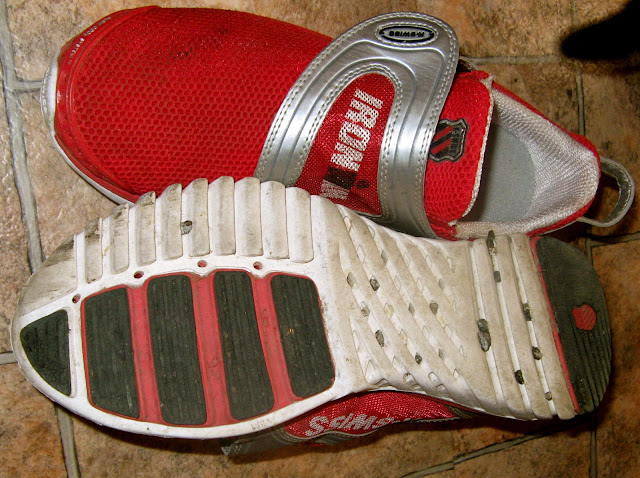 Update January 2014:
In the meanwhile I have run with this shoes about 400 km. I use them on regularly basis since October 2013 and now it feels great, especially as the weather is still so warm and dry.