Few years ago I choose to enjoy Easter spirit with a new journey. It couldn't be exactly for Easter time, but for me it was like the Easter Bunny bringing gifts to the children :-)
So, I experienced one of the Earth's Islands, having in mind that my mother's aunts and uncles, Anna and Iosef, used to go on the Teneriffa Island every year, while we were almost starving in a communist dictatorial country .... And I inherited from my mother a colorful scarf with a big-letter name on it: TENERIFE.
Here some fragments of that journey: remembering Teneriffa.
Today is raining and sunny in Bucharest, I relax after a 21 km run and imaginary travel through the world ... so I discovered a place which I should put on the "to travel"-list: TABERNAS DESERT - the images remember me about the journey to Teneriffa, similar landscape: 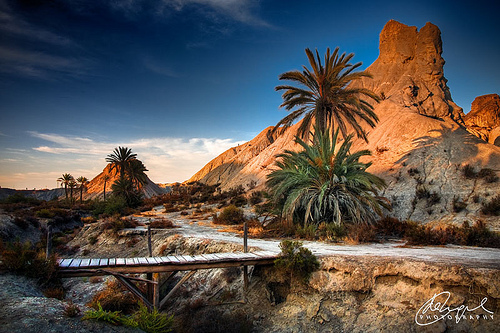 The Tabernas Desert (in Spanish: Desierto de Tabernas) is a desert in Spain, 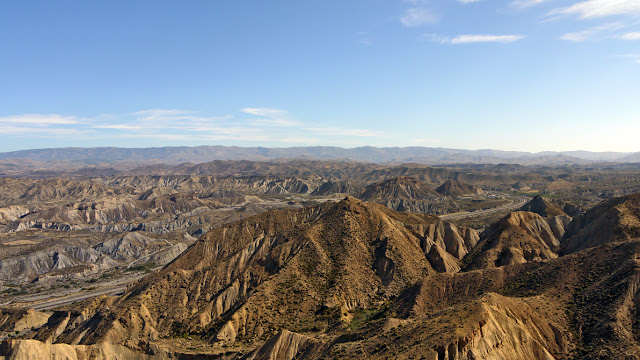 and one of the only true deserts in Europe, the others being also located within Spain´s southeastern province of Almería, 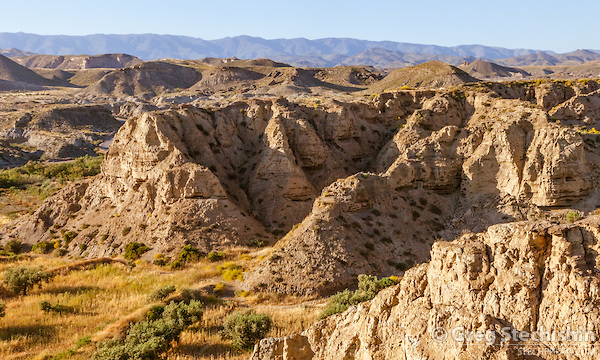 where annual rainfall is, in many parts well below 200 mm a year. 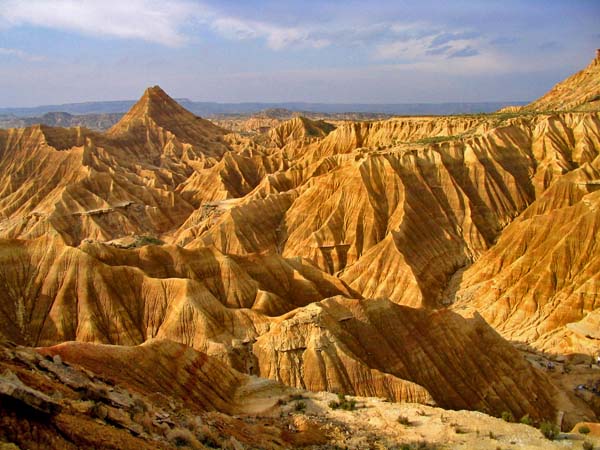 It is located about 30 kilometers (19 mi) north of the provinical capital, Almería, in the Tabernas municipality. 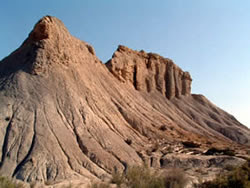 It is protected as a wilderness area (paraje natural) spanning 280 square kilometres.
The Desert of Tabernas, because of its similarities with the North American deserts like the Far West of the American West, northern Africa, the Arabian deserts, and its lunar landscape, served from 1950s and is still used today for the shooting of many films and westerns. 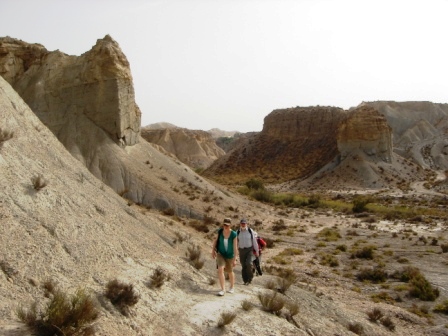 The Tabernas Desert is situated between the Sierra de los Filabres to the north and the Sierra de Alhamilla to the south-southeast, isolating it from the humid winds of the Mediterranean Sea, in an area with little rainfall known as Levante. 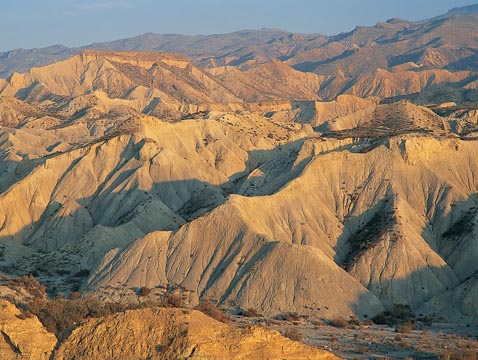 In the lowest areas of the Tabernas basin (about 400 meters above sea level), the average annual temperature is of about 17,9 °C (Soil–geomorphology relations in gypsiferous materials of the Tabernas Desert (Almerıa, SE Spain), page 4/30). Temperatures in winter rarely drop below freezing at night while during the summer, absolute maximum temperatures always surpass 40 °C (104 °F) in the shade. The annual average precipitation is slightly over 20 cm (see same source pages 1 & 4/30) with only 1/3 falling in the hot season (May to October). The average annual sunshine is about 3000 hours. 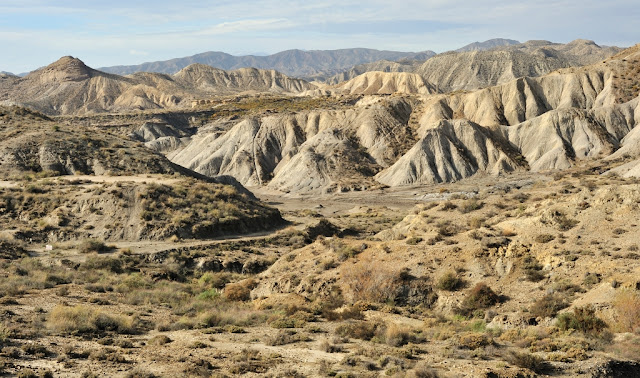 Thus the Tabernas climate, between 400 and about 800–900 meters, is
a) at the edge of the temperate and subtropical climates (The 18 °C mean annual isotherm separates both climates),
b) semi-arid of "Syrian" type (see Georges Viers, Éléments de climatologie, Paris, Nathan, 1990) which means that the dry season occurs during the hot season (= 6 hottest months of the year).
These characteristics are also aggravated by the foehn effect.
Above about 800–900 meters the precipitation increases, thus reducing the dry summer season, while the temperature drops. At these altitudes, the Tabernas basin climate is not any more semi-arid but either Mediterranean or, at the highest points, even cold temperate, experiencing several frozen winter months. 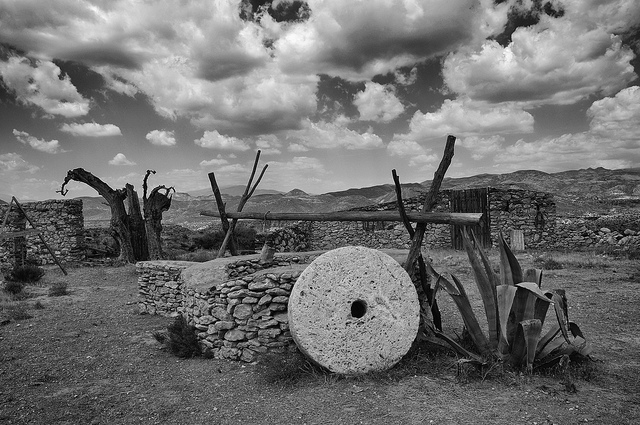 The landscape is also similar with the Manang area to Jomson, in the high Himalayas, Annapurna Surrounding.