if we can attract our future emotions .... then I am God. My God!

I wrote over the years about many things.

I learned along the years a lot of stuff, but the most valuable content of my life happened to conclude into the quintessence of me over the last seven years. I had and still have an absolutely "crazy" life. You could read "amazing" instead of "crazy" and you will not be wrong.

I wrote about being cold as emotion.

I wrote about pain as emotion.

I wrote a lot along with my life. And I still have a lot to write. I have the feeling, my life is just going to start (again). It would be my seventh one, if I am right in counting .... And I talk about the last seven years. Not six, not eight, but 7!!

The unstoppable carousel of emotion takes us into deep valleys and raises us to the sky. The art of living is to realize the wave you are going through.

After years of tremendous humility, pain, undescriptive changes and shocks the day when I look back and I bless all these years is here. It is in myself. It comes from inside of that dark corner that I forgot to exists.

I never thought or hoped that the deepness of certain emotions can make you sick. Sick at that valuable way called "sick of happiness". Don't ask me how, why, at what moment - it is a process. In looking back to what I have drawn, what I have read, what I have listened to, what I have written, how I changed my way of thinking, how I understood the power of the brain-heart coherence and the synchronicities ....

EMOTIONS .... we don't truly know what these are, where they are coming from and why. If you ask me, emotions are unstoppable and are coming directly from the stomach :-). Because there is the first place where I feel them. Yes, of course, the emotions are biological states associated with the nerve system. It is an amazing teamwork between thoughts, feelings (ups ... feelings vs. emotions!?), behaviours and certain degrees of pleasure or displeasure.

There is no valid definition for EMOTIONS. And if you ask me, we do not need definitions for everything. 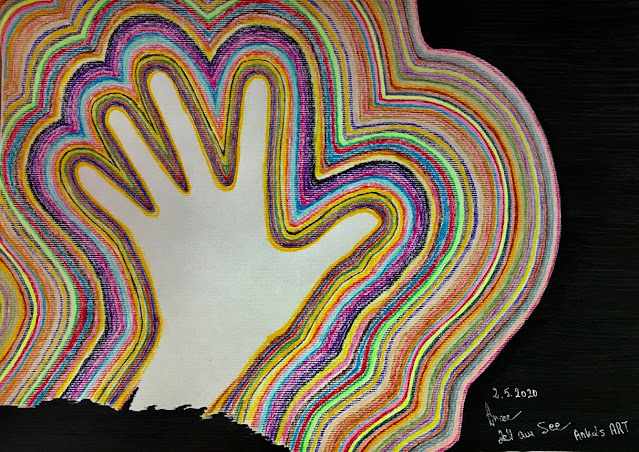 In some theories, cognition is an important aspect of emotion. For those who act primarily on emotions, they may assume that they are not thinking, but mental processes involving cognition are still essential, particularly in the interpretation of events. For example, the realization of our believing that we are in a dangerous situation and the subsequent arousal of our body's nervous system (rapid heartbeat and breathing, sweating, muscle tension) is integral to the experience of our feeling afraid. Other theories, however, claim that emotion is separate from and can precede cognition. Consciously experiencing an emotion is exhibiting a mental representation of that emotion from a past or hypothetical experience, which is linked back to a content state of pleasure or displeasure. 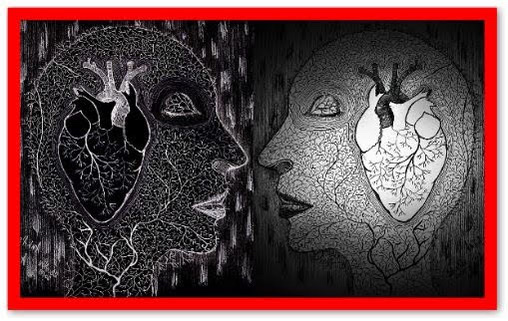 There are three years since I started to draw. A gift from the sky and my only hero at a time. And now, at this moment, I realize that I drew not only emotions I passed through, but even emotions I was going to attract and if this is really true and possible, than I am amazed. About myself. About our capacity to create our reality despite of everything around us.... 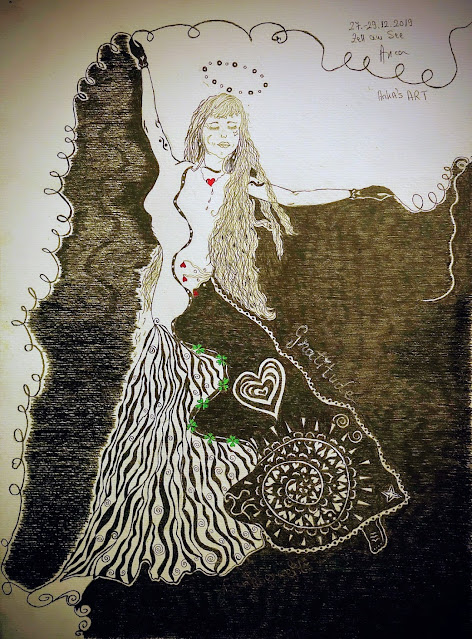 When I draw this girl dancing, back to end of 2019, I wasn't really in a state of dancing. I freely quitted a project without understanding the reasons and the reasons came some months later. TODAY I was really dancing as this girl is doing and this fascinates me ..... 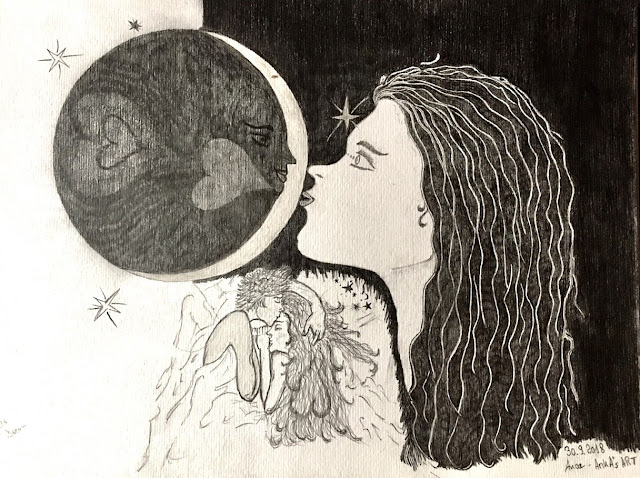 Emotions are terrible complex. According to some theories, they are states of feeling that result in physical and psychological changes that influence our behavior.

The physiology of emotion is closely linked to arousal of the nervous system with various states and strengths of arousal relating, apparently, to particular emotions. Emotion is also linked to behavioral tendency. Extroverted people are more likely to be social and express their emotions, while introverted people are more likely to be more socially withdrawn and conceal their emotions. Emotion is often the driving force behind motivation, positive or negative. 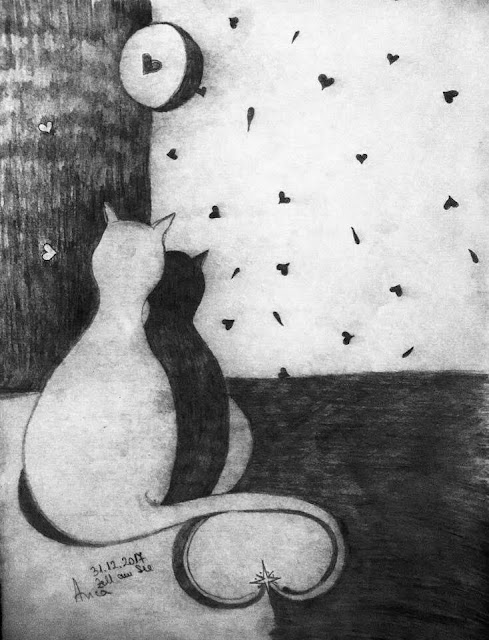 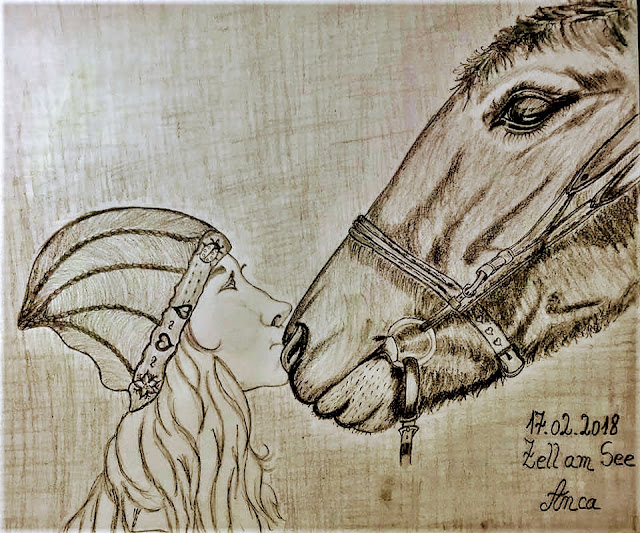 Emotions involve different components, such as subjective experience, cognitive processes, expressive behavior, psychophysiological changes, and instrumental behavior. At one time, academics attempted to identify the emotion with one of the components: William Jameswith a subjective experience, behaviorists with instrumental behavior, psychophysiologists with physiological changes, and so on. 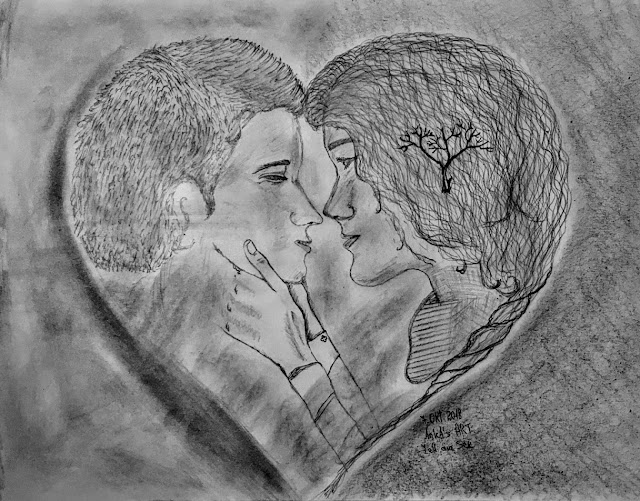 More recently, emotion is said to consist of all the components. The different components of emotion are categorized somewhat differently depending on the academic discipline. In psychology and philosophy, emotion typically includes a subjective, conscious experience characterized primarily by psychophysiological expressions, biological reactions, and mental states. A similar multi-componential description of emotion is found in sociology.