city ​​under the rule of a frozen rain, helpless and vulnerable people, lots of cars, few cyclists (I actually saw none, to be honest :-)) ..... an almost perfect cold winter day, but not for a crowded capital city where the number of cars exceeds the number of inhabitants. 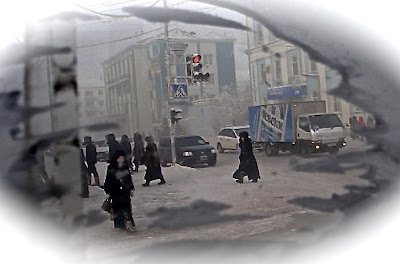 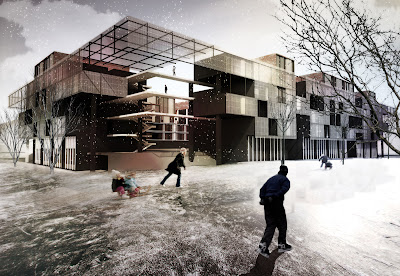 As I had no alarm clock today and suffering from a toothache last evening, I wasn't able to wake up in the morning in due time for being punctual to work. After the Christmas and New Year company holiday, I started the new year going by bike to work. The high snow melted in the city and the roadways were dry again. So, no danger for cycling again in traffic. Due to my published article, I really dislike to break the common sense and .... the law (biciclim-iarna-prin-trafic-sau-nu). 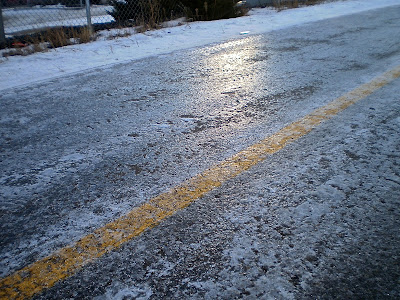 So, in 20 minutes I was dressed and ready to ride to work. No idea that outside was raining ..... and cold! About being cold I knew, of course. I have no problem with this, it is winter, after all :-) But being wet & cold ..... a fatal combination for riding on two wheels in traffic .... for any kind of wheels actually!
Riding directly on the roadway was OK, I cycled very slowly and carefully, with a profound dislike for the specific misery. 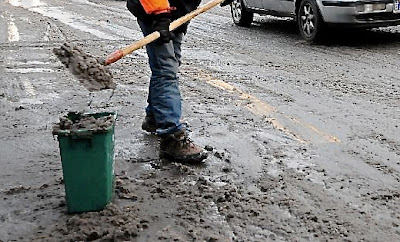 Normally I wouldn't have continued the adventure as I hate this kind of misery, the combination of fuel and icy water or snow is terrible, absolutely teribble!
After 5 km I had to leave the roadway and cycle on pedestrian side. And here ..... buf! After only 10 meters!! 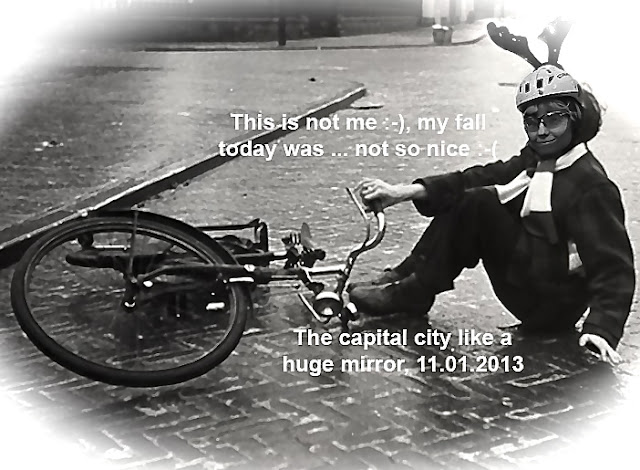 The real reason was that you couldn't observe so clear that you already enter .... a dangerous mirror actually! Walking on this kind of surfaces is like being a Bamby who tries to get up on its own legs! 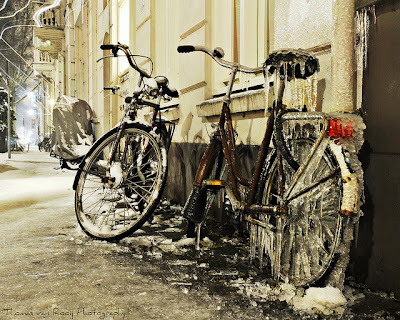 It was the moment I actually realized the risks and I thought, you have to be crazy to go by bike on the glazed frozen streets! I didn't feel comfortable with the idea that I could put the others in danger, you know? Imagine if you fall on the roadway among the moving cars, people or even among stationary cars and damage all around? This is not adventure, not a brave stuff, but only lack of common sense and responsability, I would say.
The fall wasn't serious, I was back on my legs in 3 seconds and I had no other choice than walking besides my bike. I already was very late to work, so .... 15 minutes later were already almost irrelevant in this context. 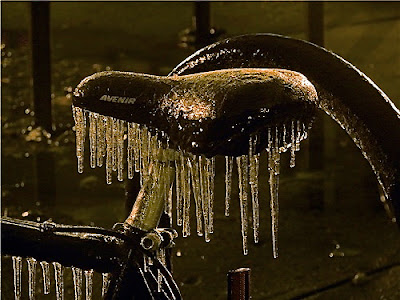 So, for the next almost two km I had to walk, very slowly and carefully too. You are so incredible helpless on a mirror-ice of this proportion! My advice is clear: let your bike home when ice on road or streets! It is not only about yourself and your hunger of adventure - I know some guys who believe this "is cool, man!" - , but show just some respect and responsability for the others safety - body or goods -. Wish you a beautiful winter! If your bike is under the ice, then start to run :-), use your legs and feet in an active way during the winter! 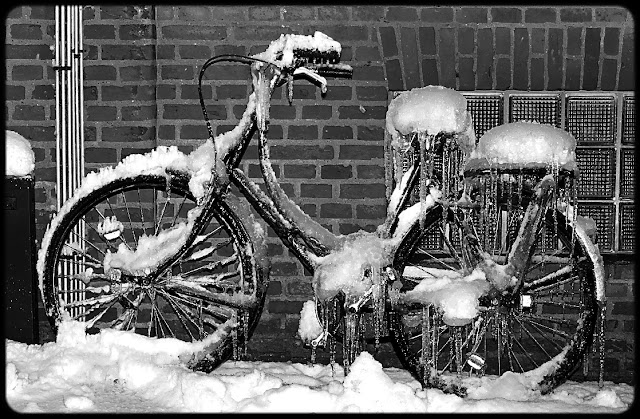 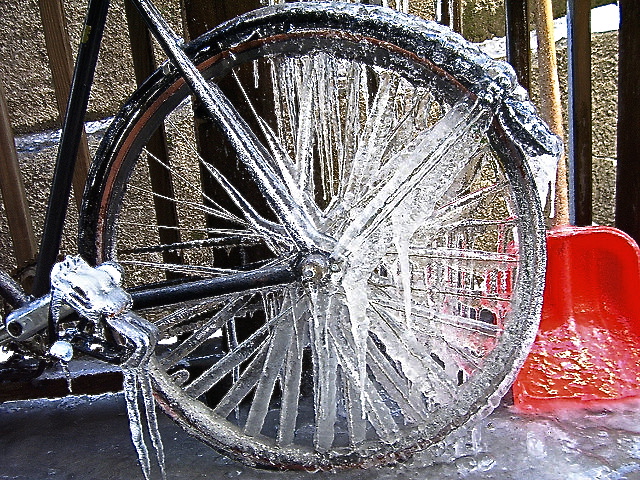 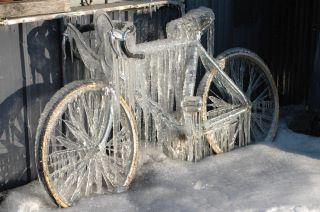 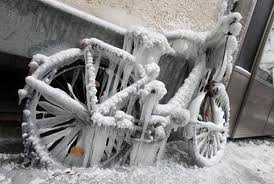