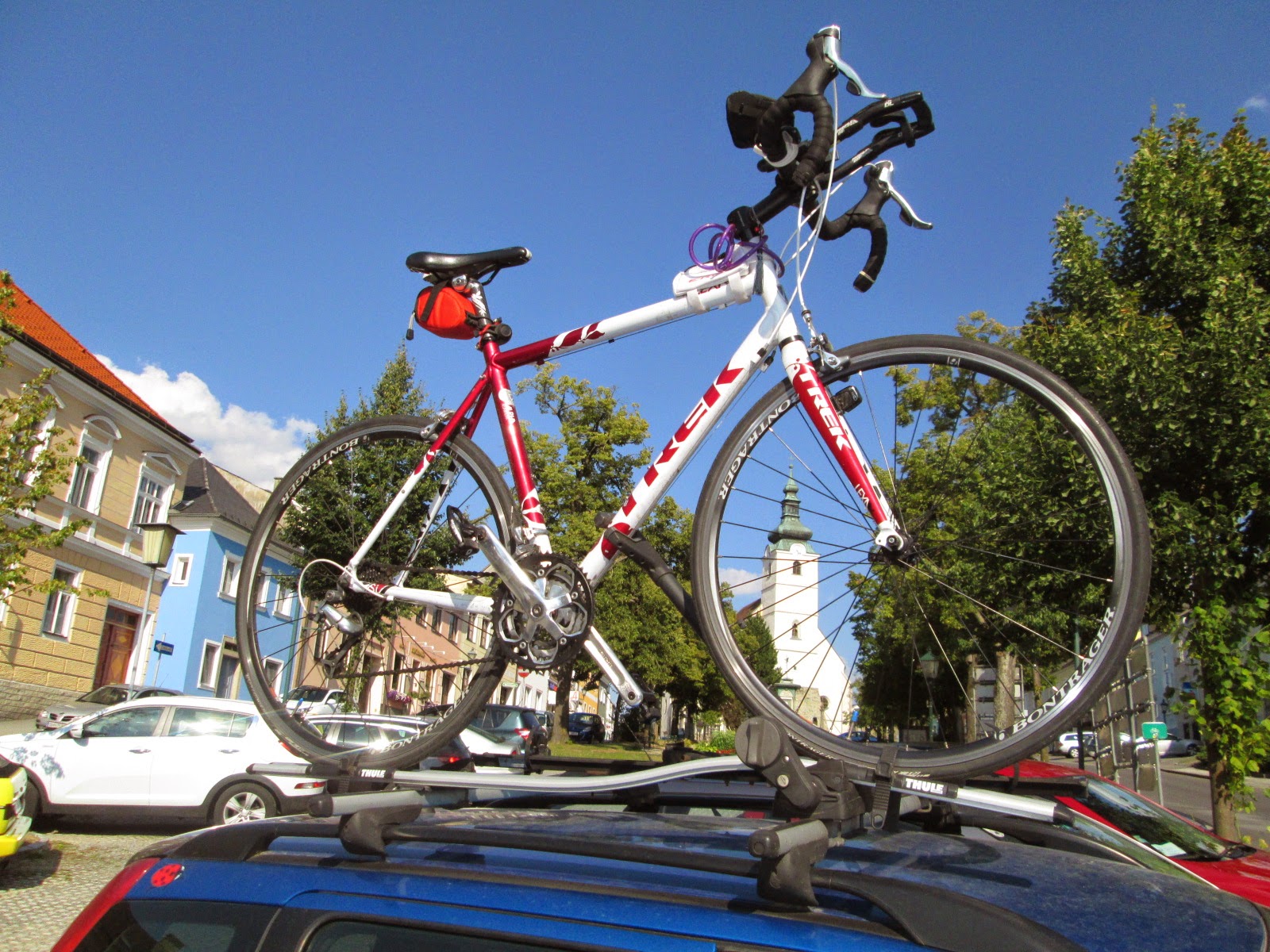 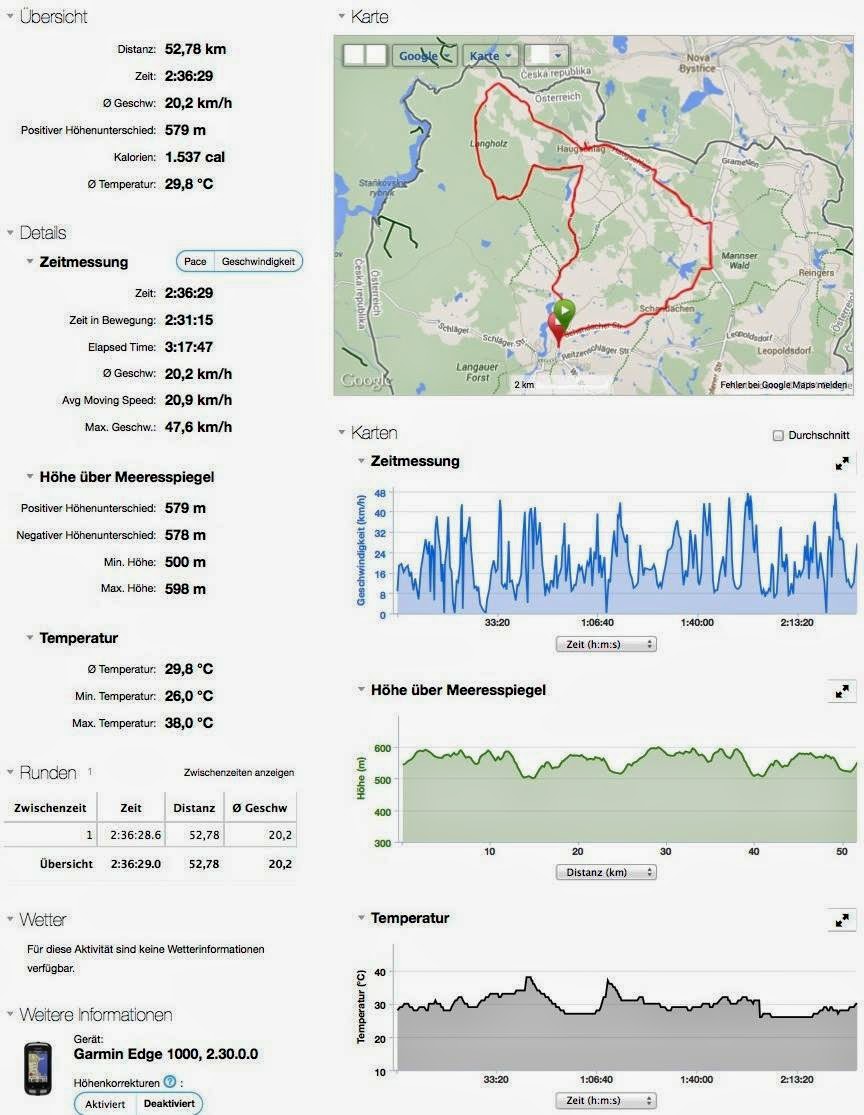 4.  Classic relay
5. Combi: distance from classic made by a sprinter and a classic competitor.
I spoke with a triathlete from Litschau, I saw him as I was looking for the start area and he was very nice to guide me through the place up to the bike route. He said, about 300 competitors are expected.
Big DISLIKE: Start only at 12 o'clock!!!
Transition area: 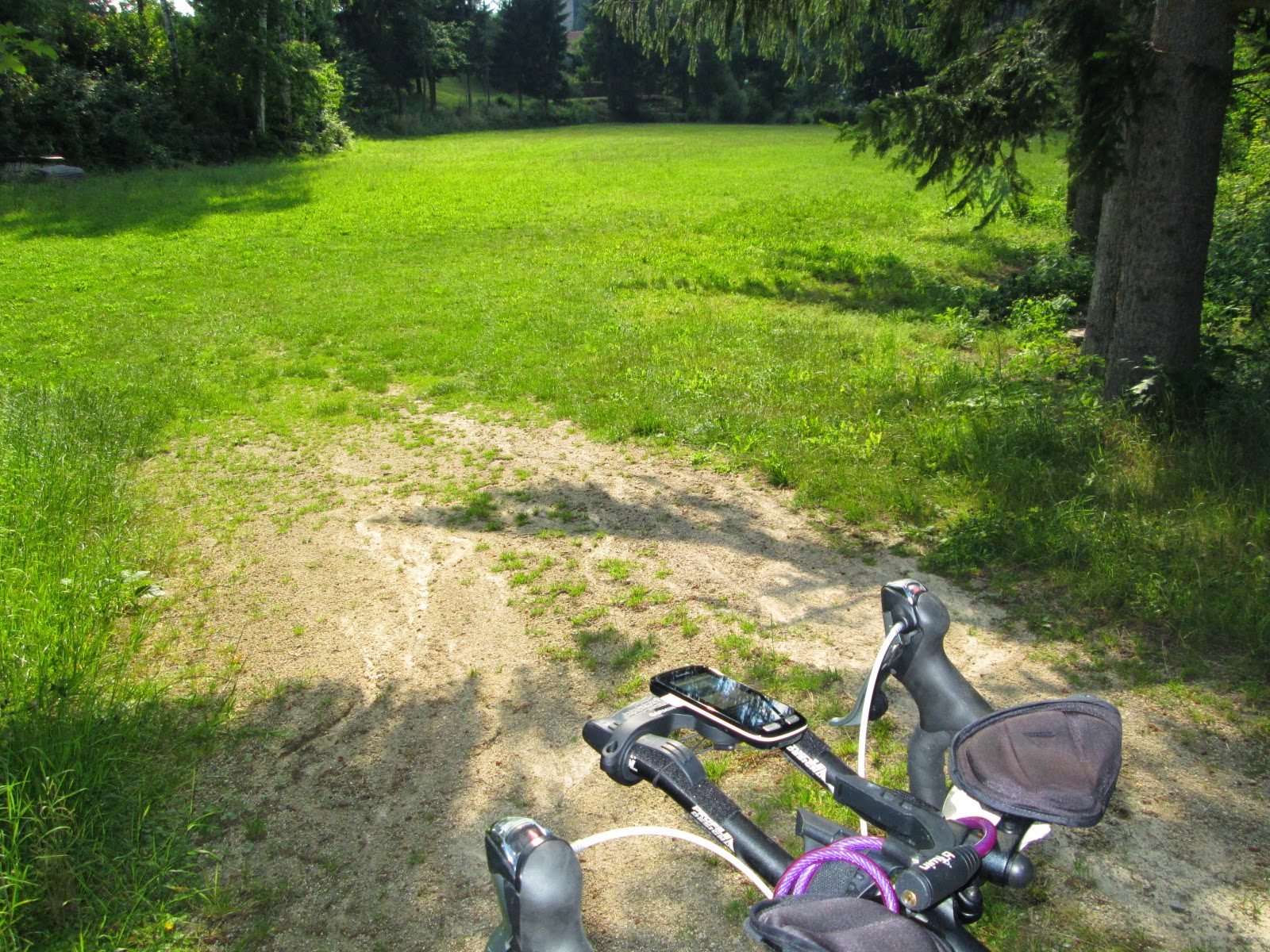 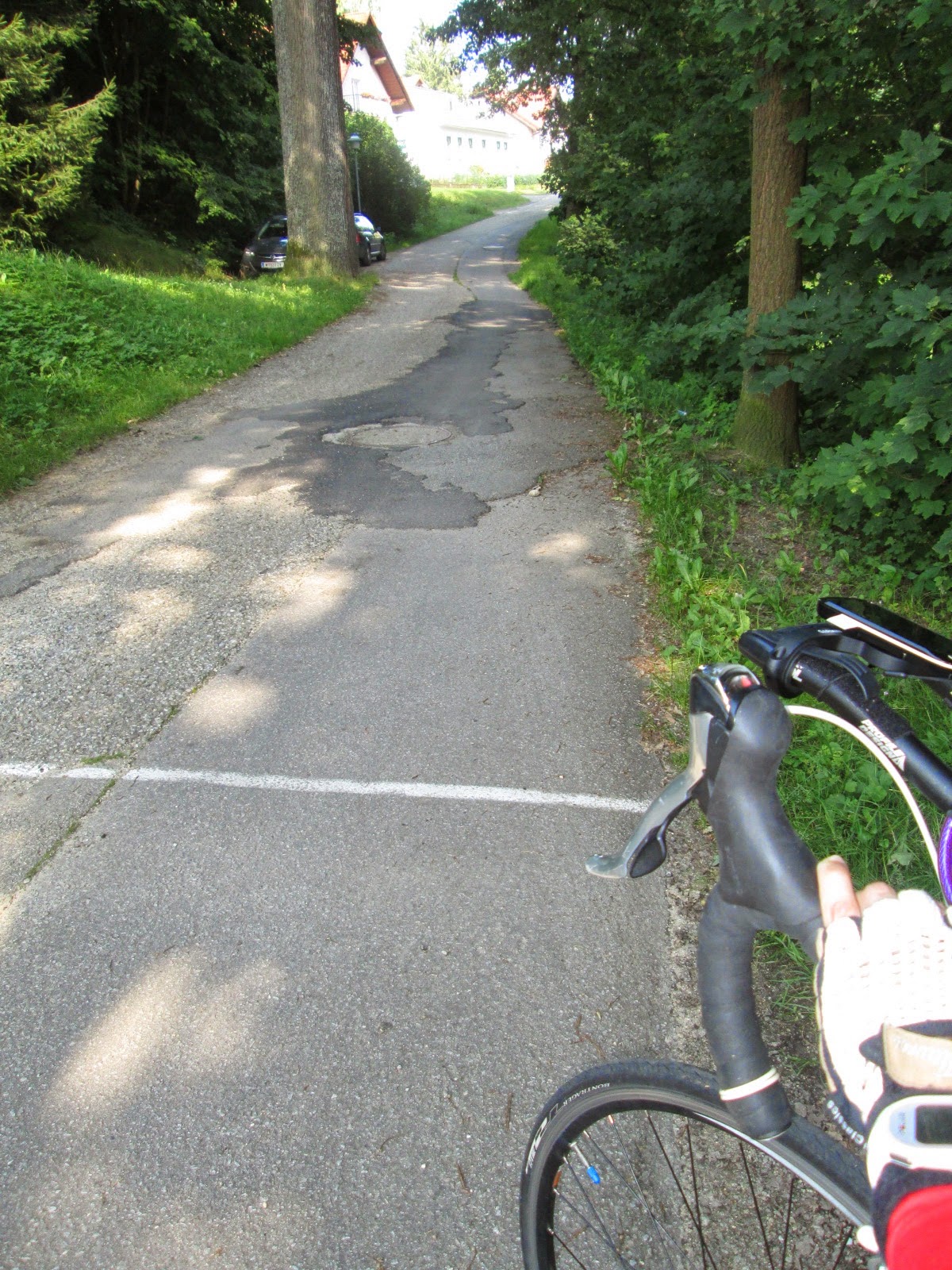 Getting out from Litschau and start the round route of about 27 km through several villages. Sunny, windy and easy uphill: 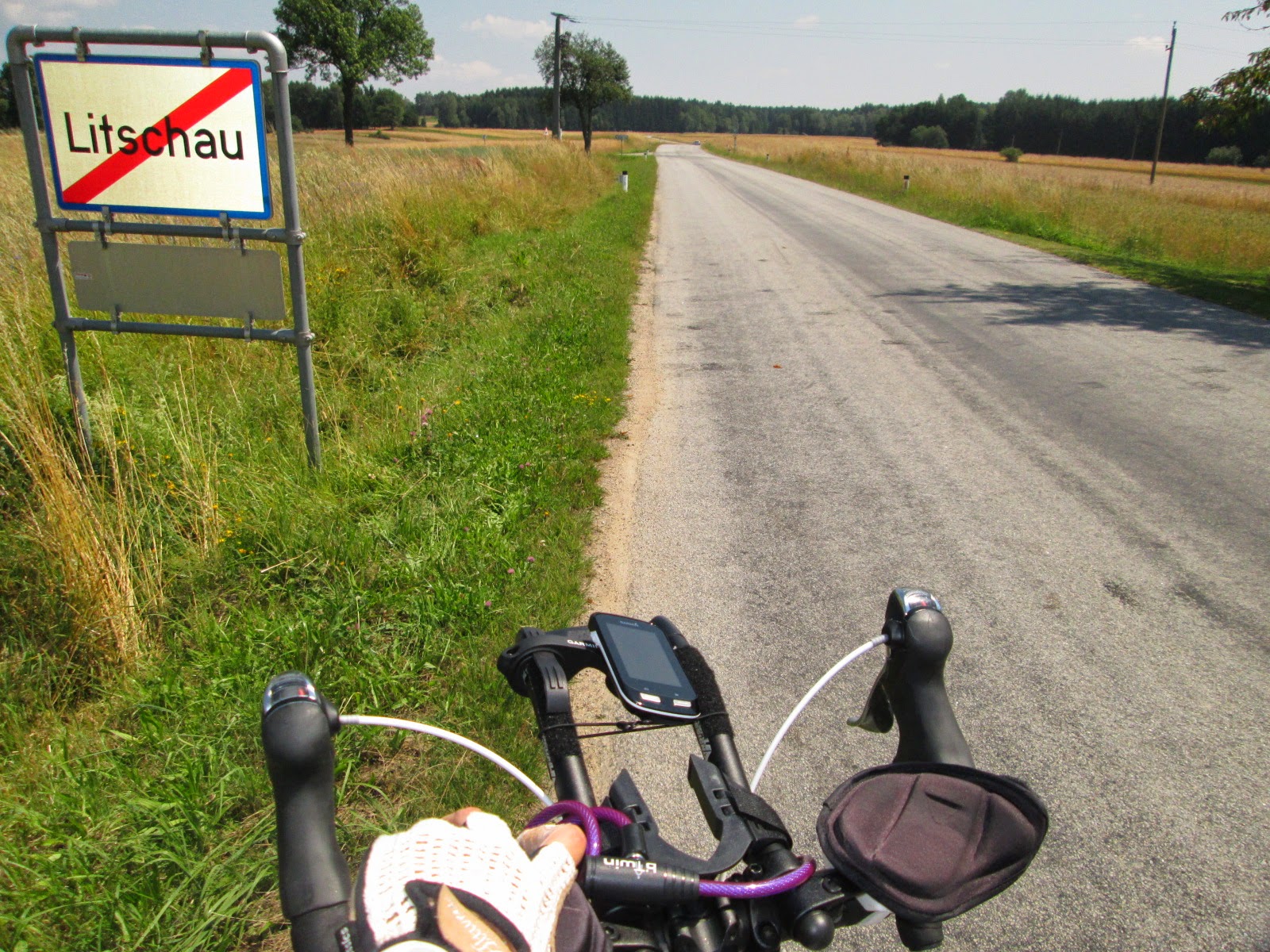 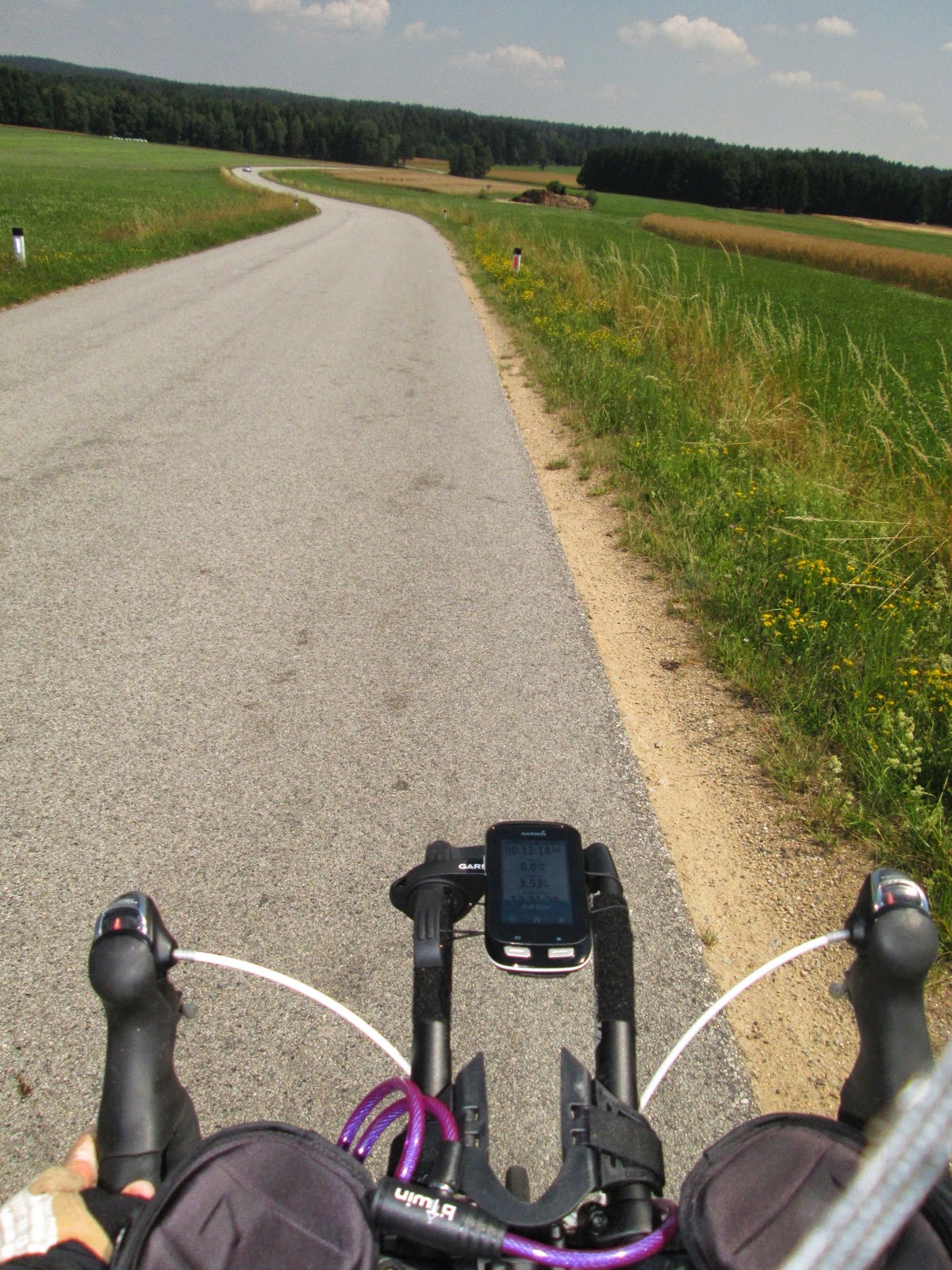 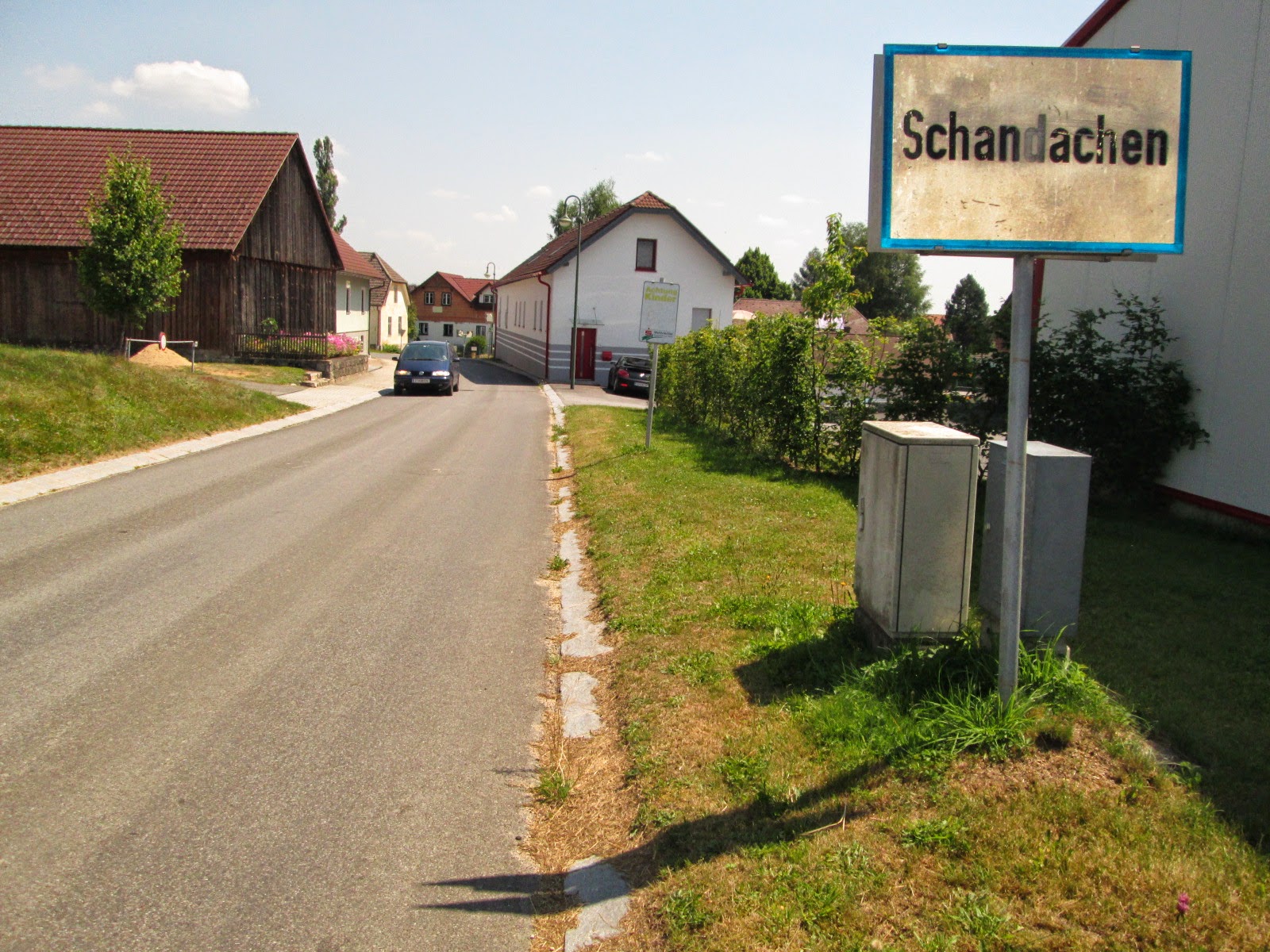 Car circulation will be not stopped, but come on ...... I did the entire route twice and I did not see more than 10 cars in 3 hours!!! 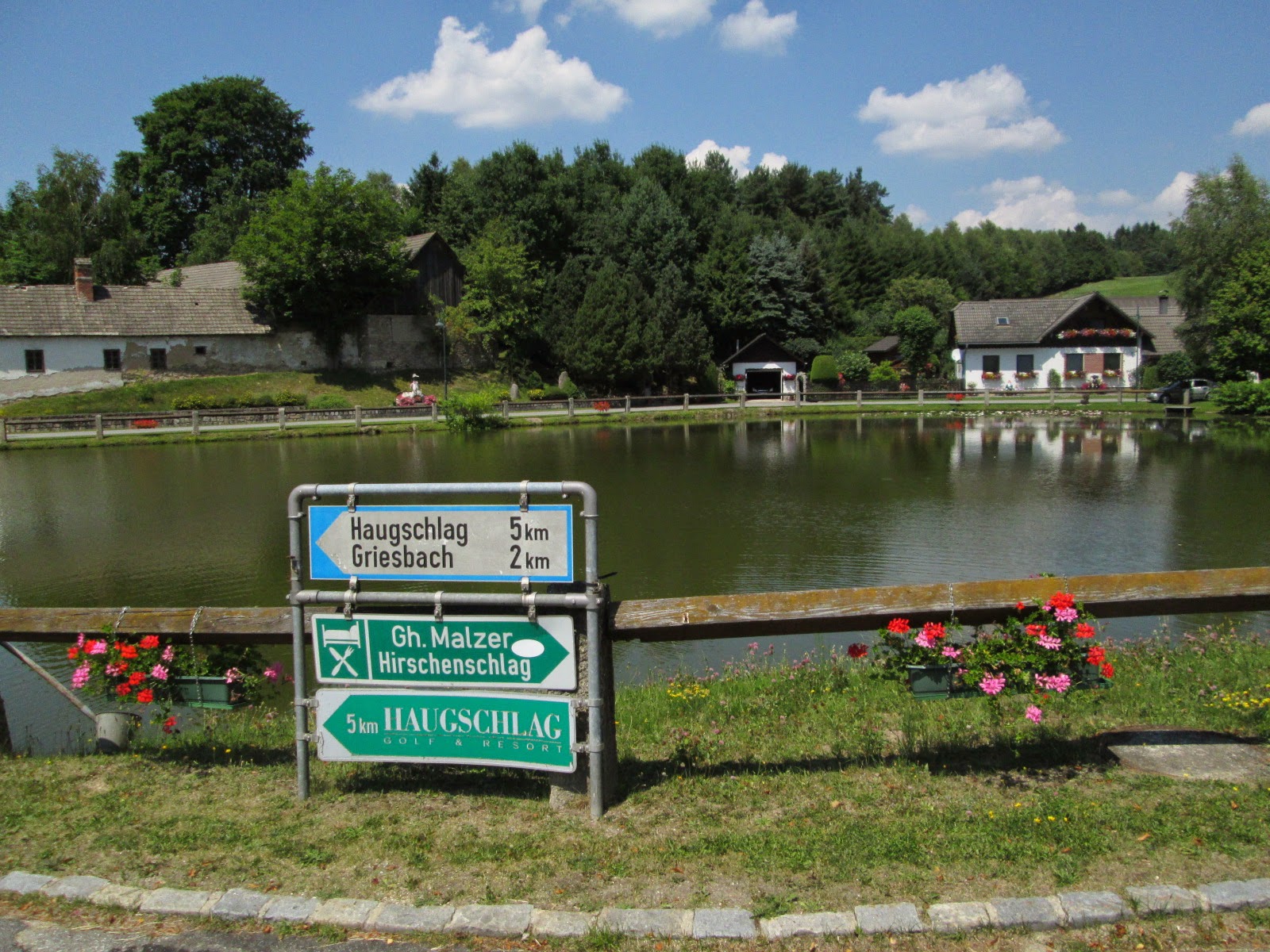 The route offers everything:
hot sun 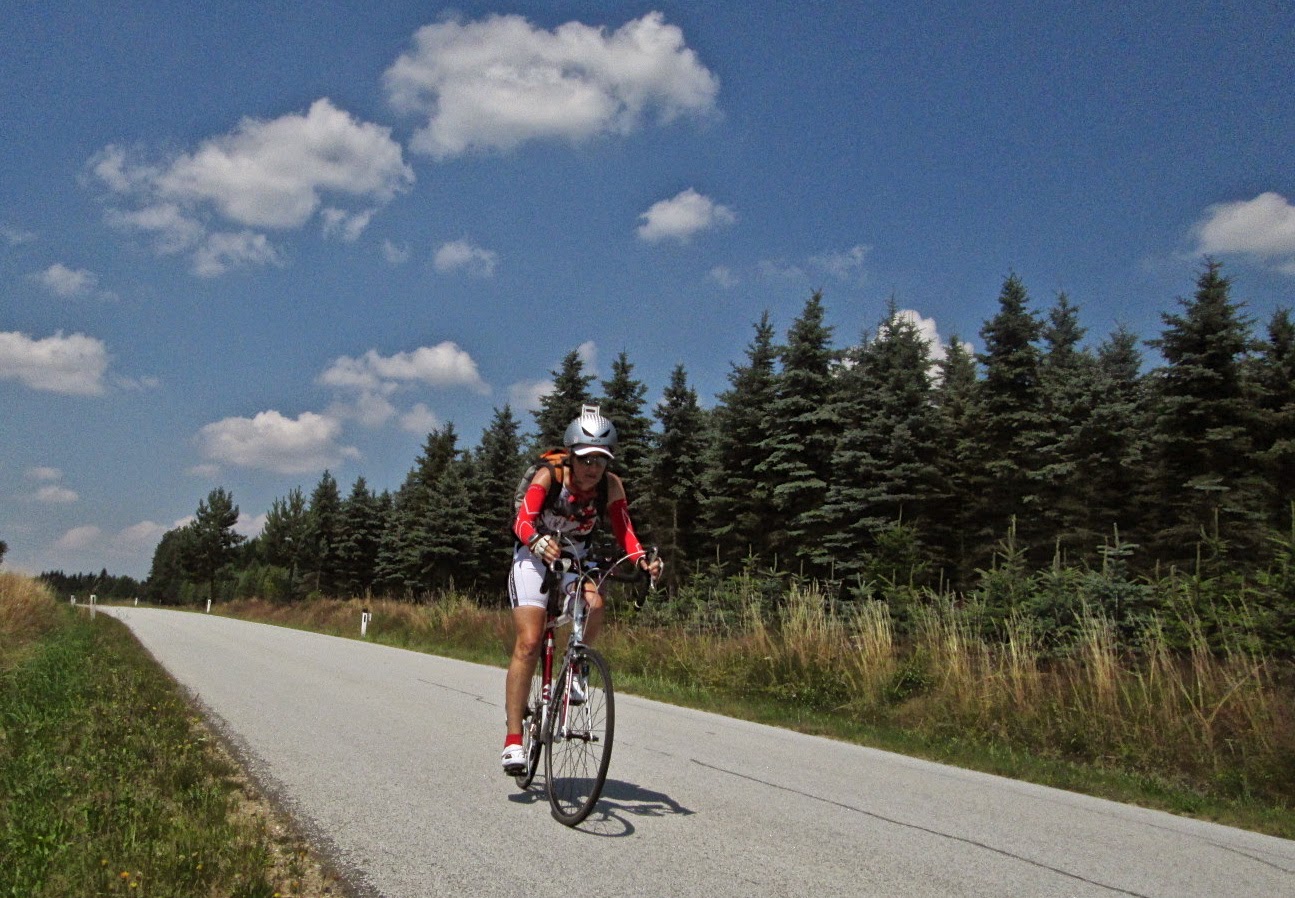 a lot of shadow while cycling through the forests, but here the road is mostly steep 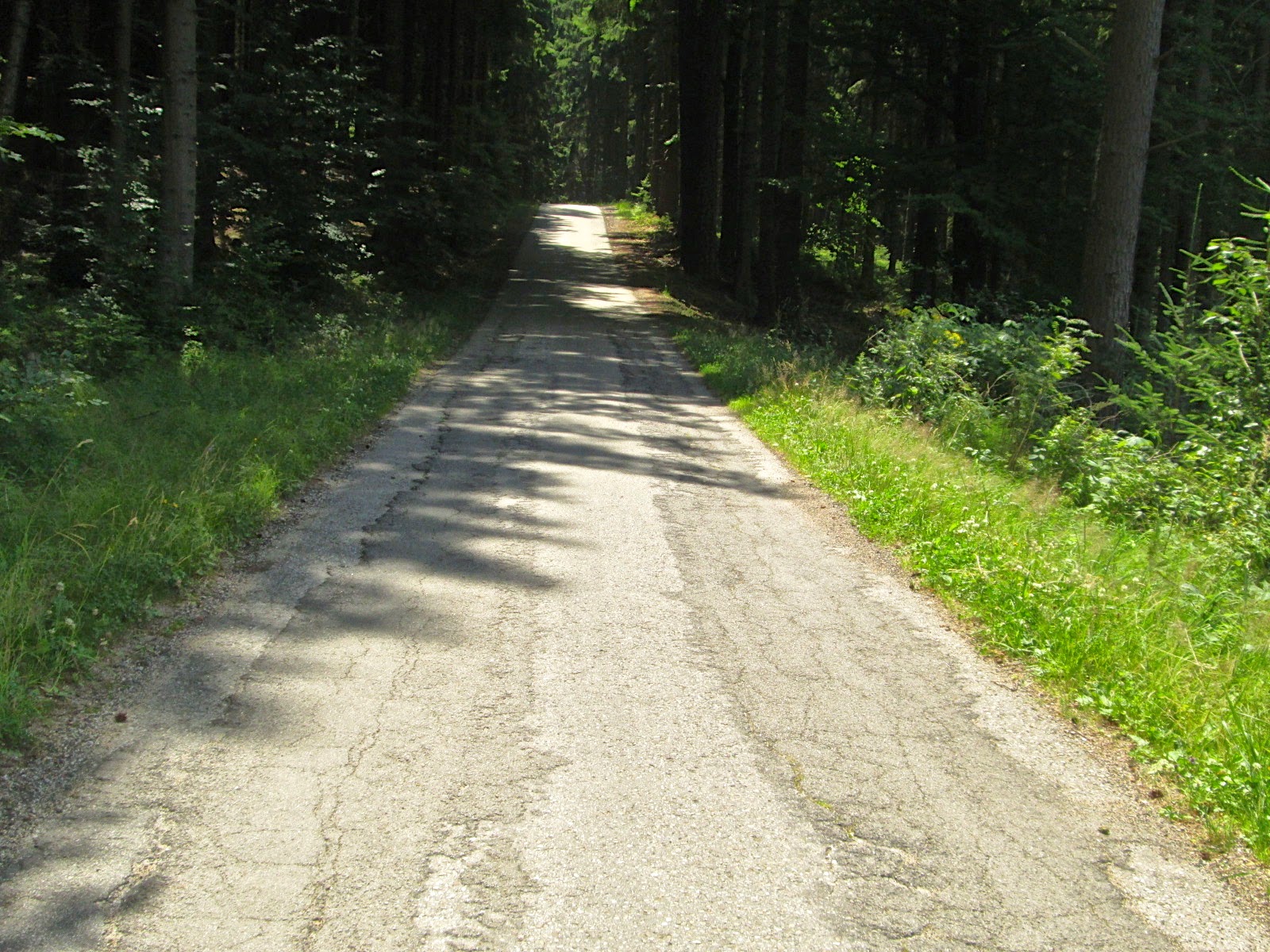 and there are some irregularities on it 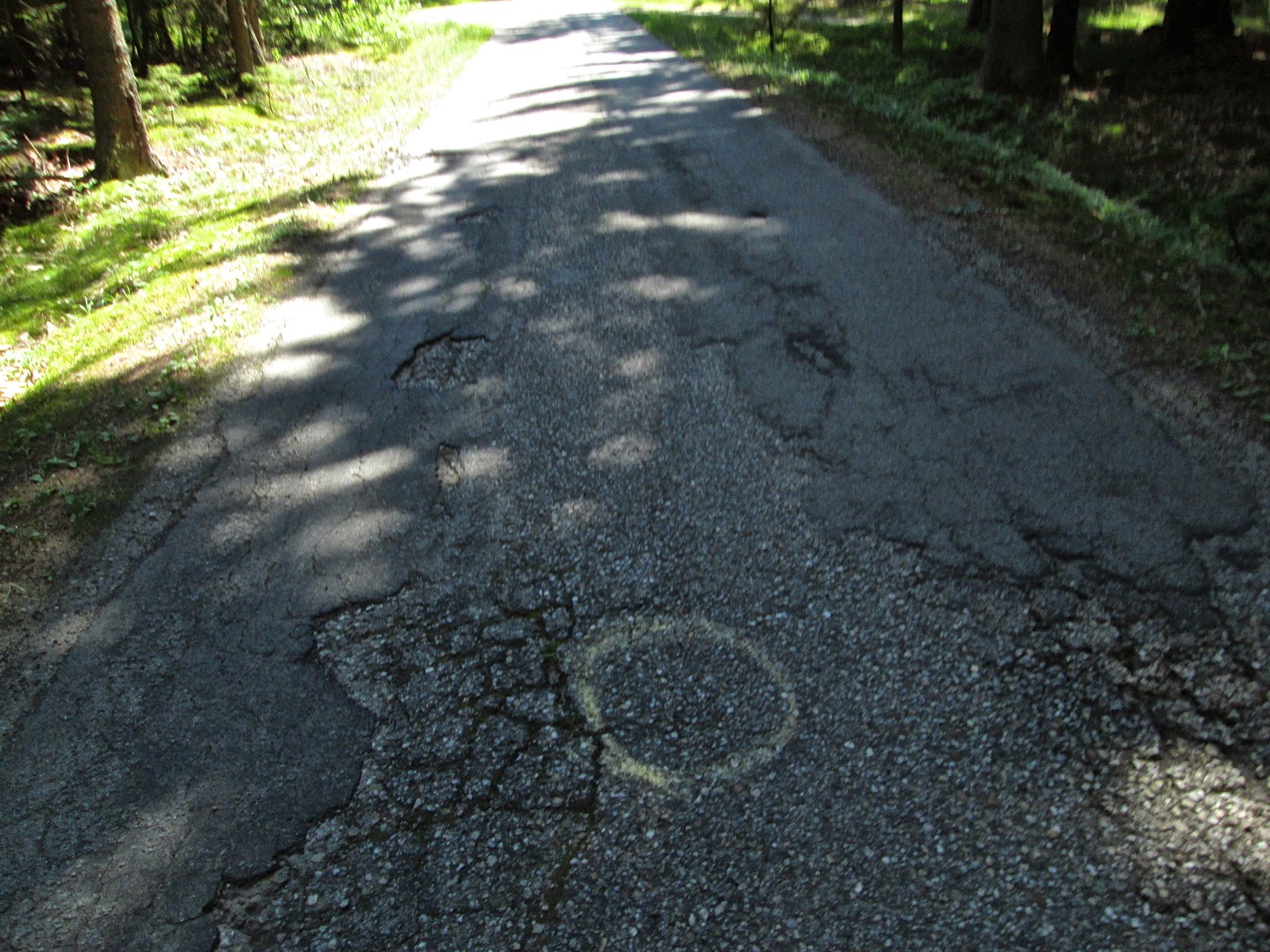 many long descends where you can ride with relevant speed up to 70 km per hour! 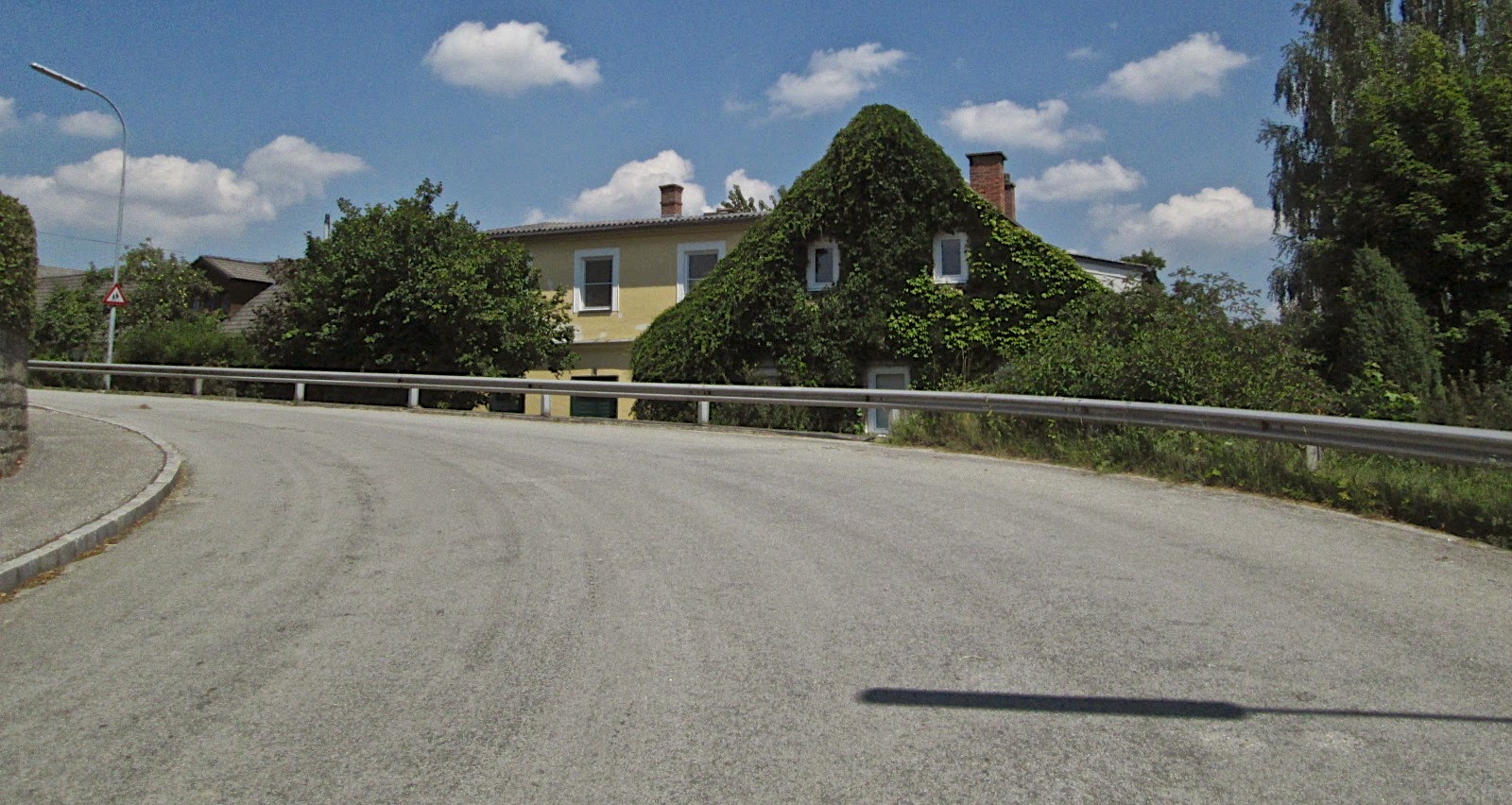 I stopped for my bag-lunch for about half an hour. Only one car passed along! 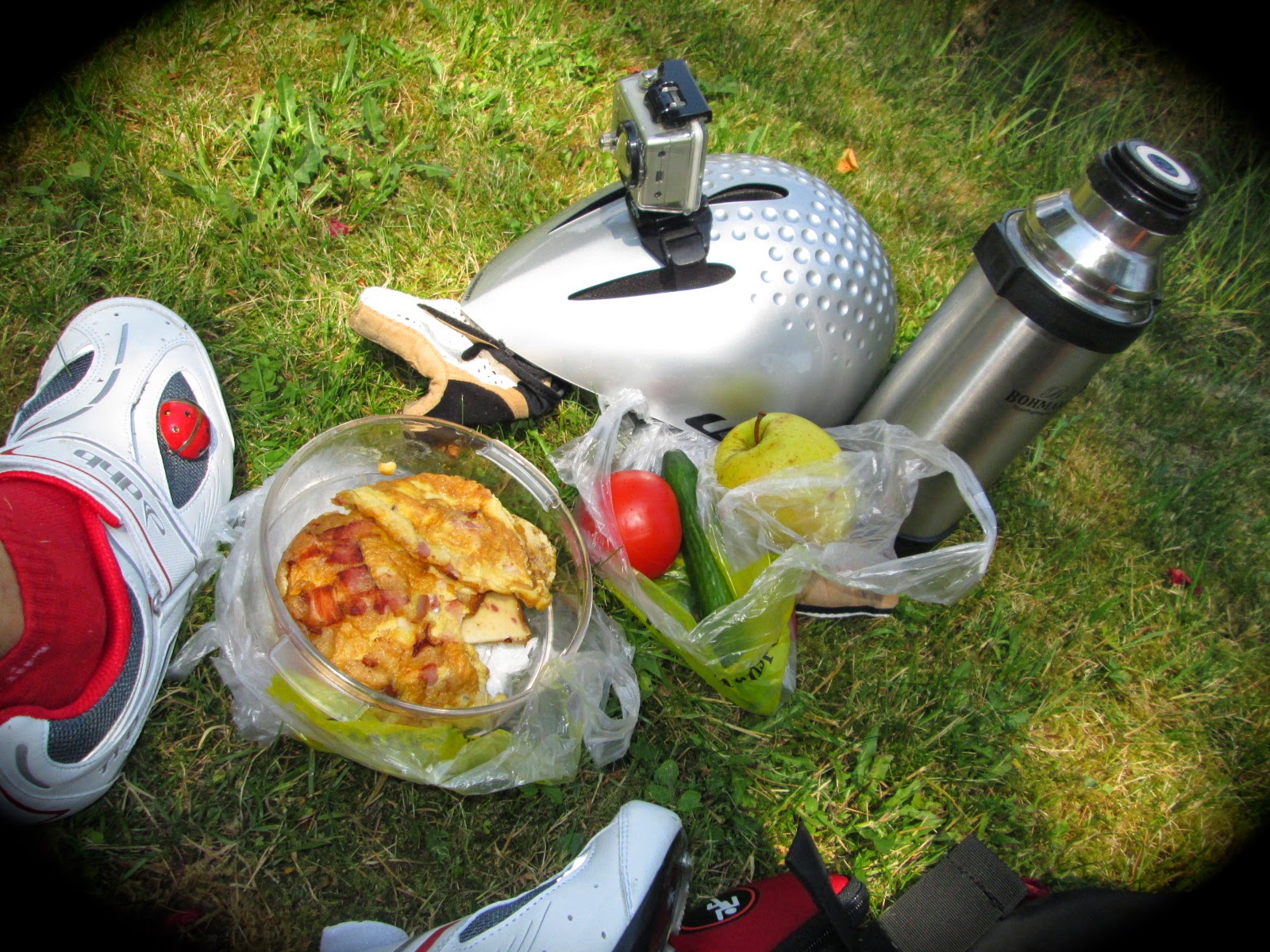 Lucky me I had in my backpack 1,5 liter of cold tea in a thermos!! Excellent idea, as I did not find another fresh cold water source on the way. 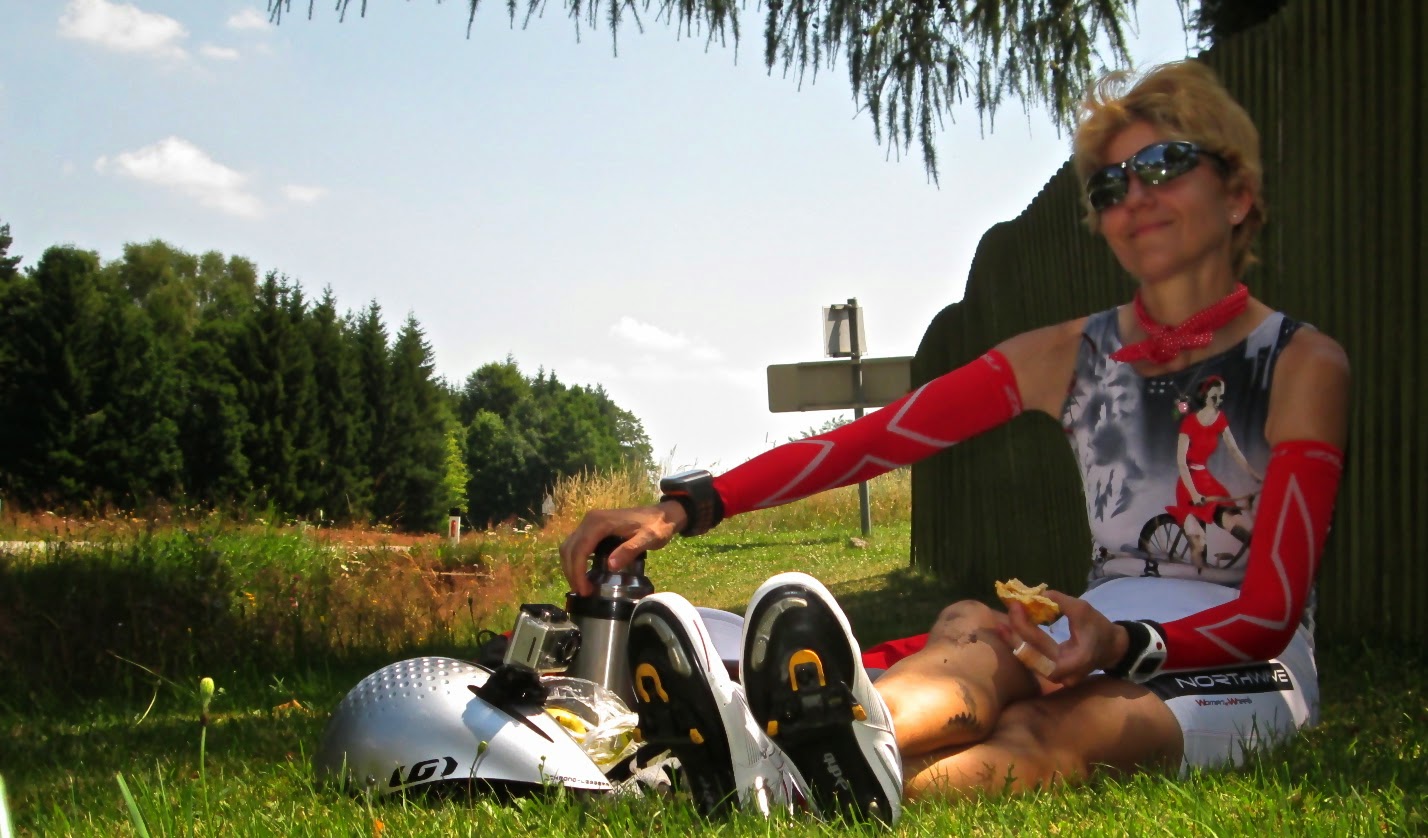 The route is pretty nice, but nothing spectacular. Not easy, because of the frequent ascents and sunny, windy segments. It will be, for sure, a high speed race on the bike route! I evaluate my total time for the bike at about 3h45'. 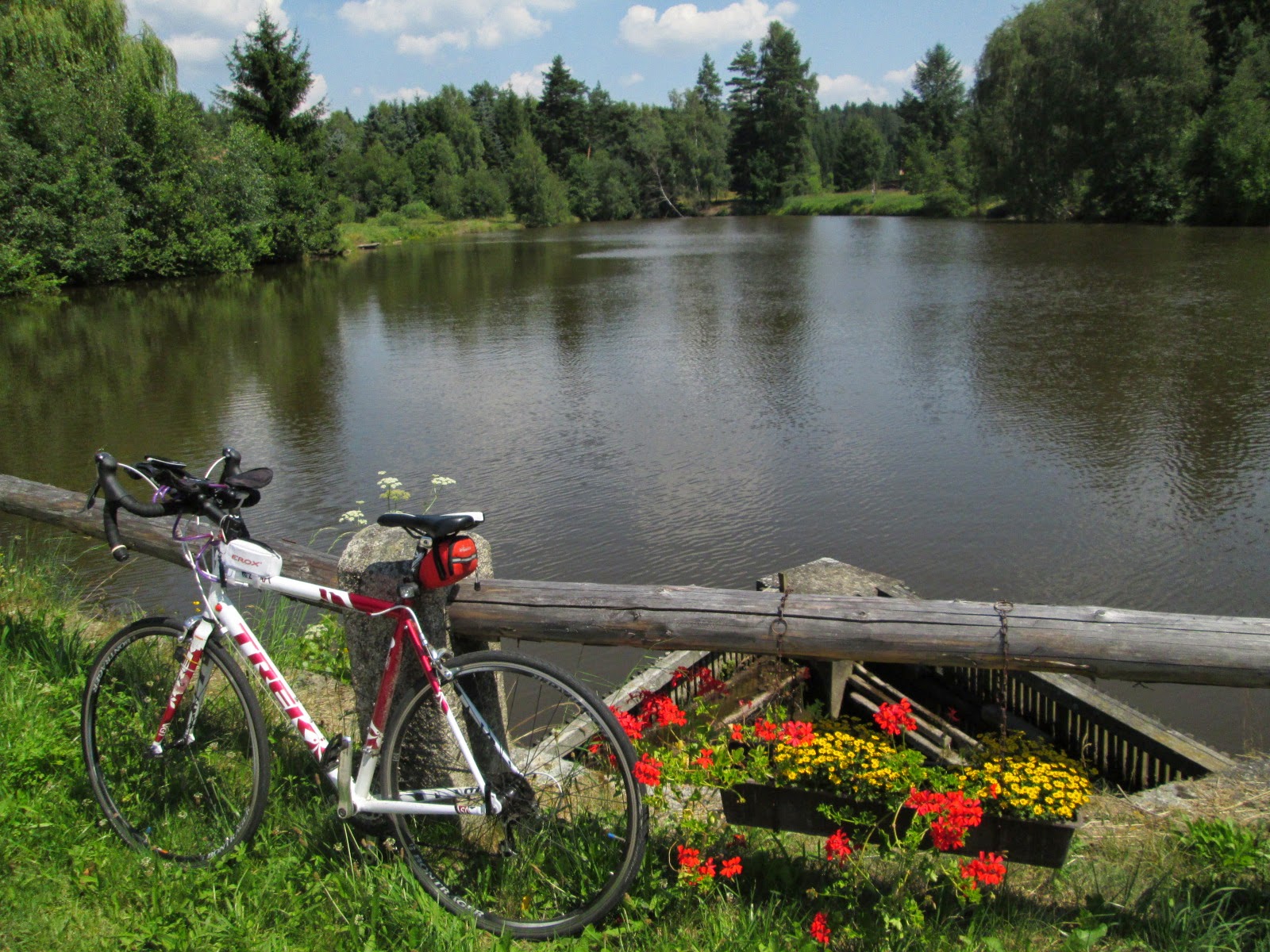 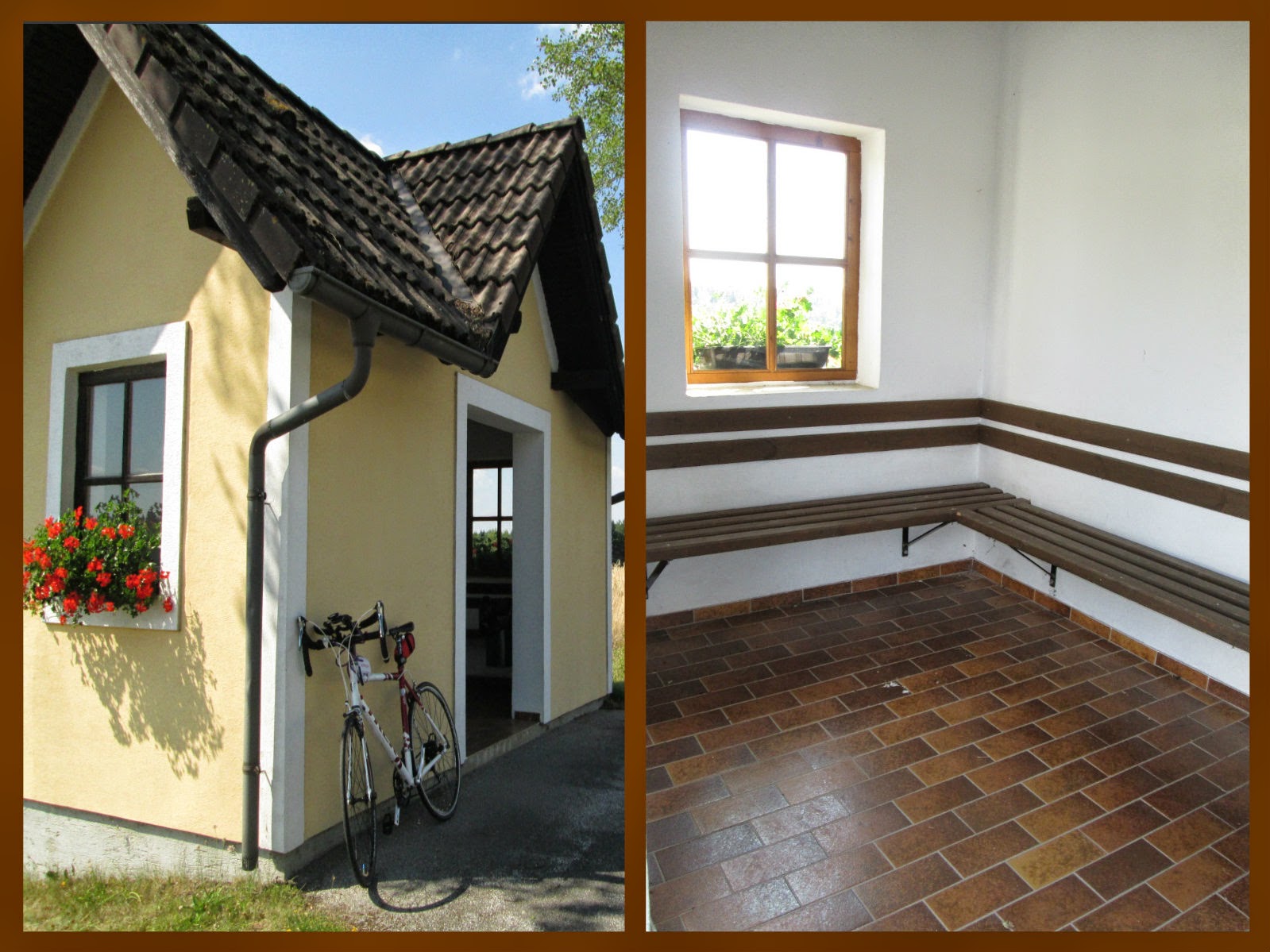 LITSCHAU was firstly official mentioned in documents from 1386. 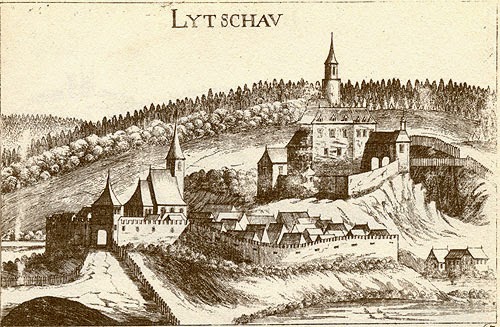 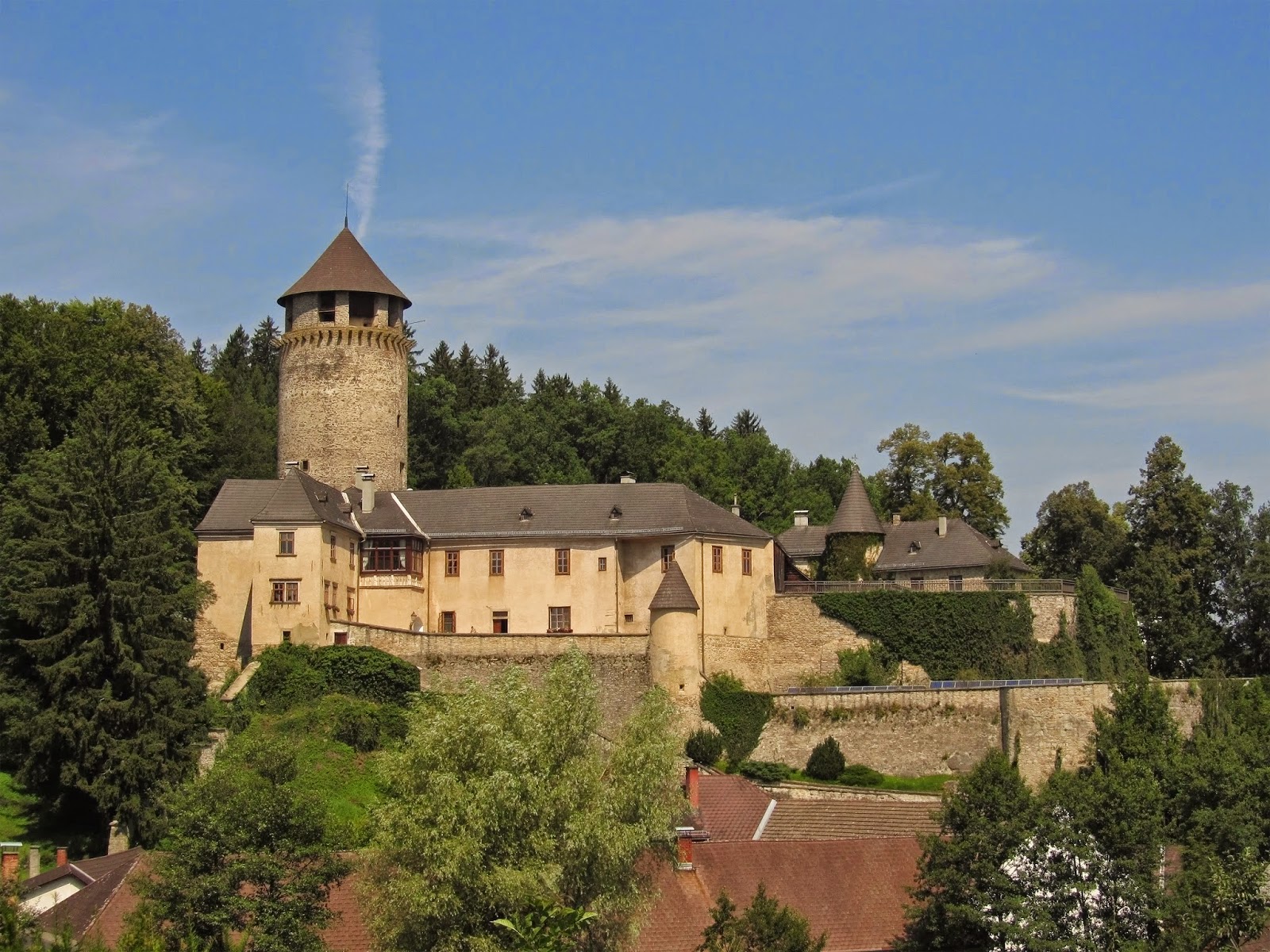 Population: about 2.283 people (Jan.2014). Due to Austrian statistics, the number was of 4.645 of inhabitants in year 1869. It is the northernmost city on Austria close to the border with Czech Republic.
Here is the sign who leads you to the border cross - bikers and pedestrians only -, in Hauschlag. 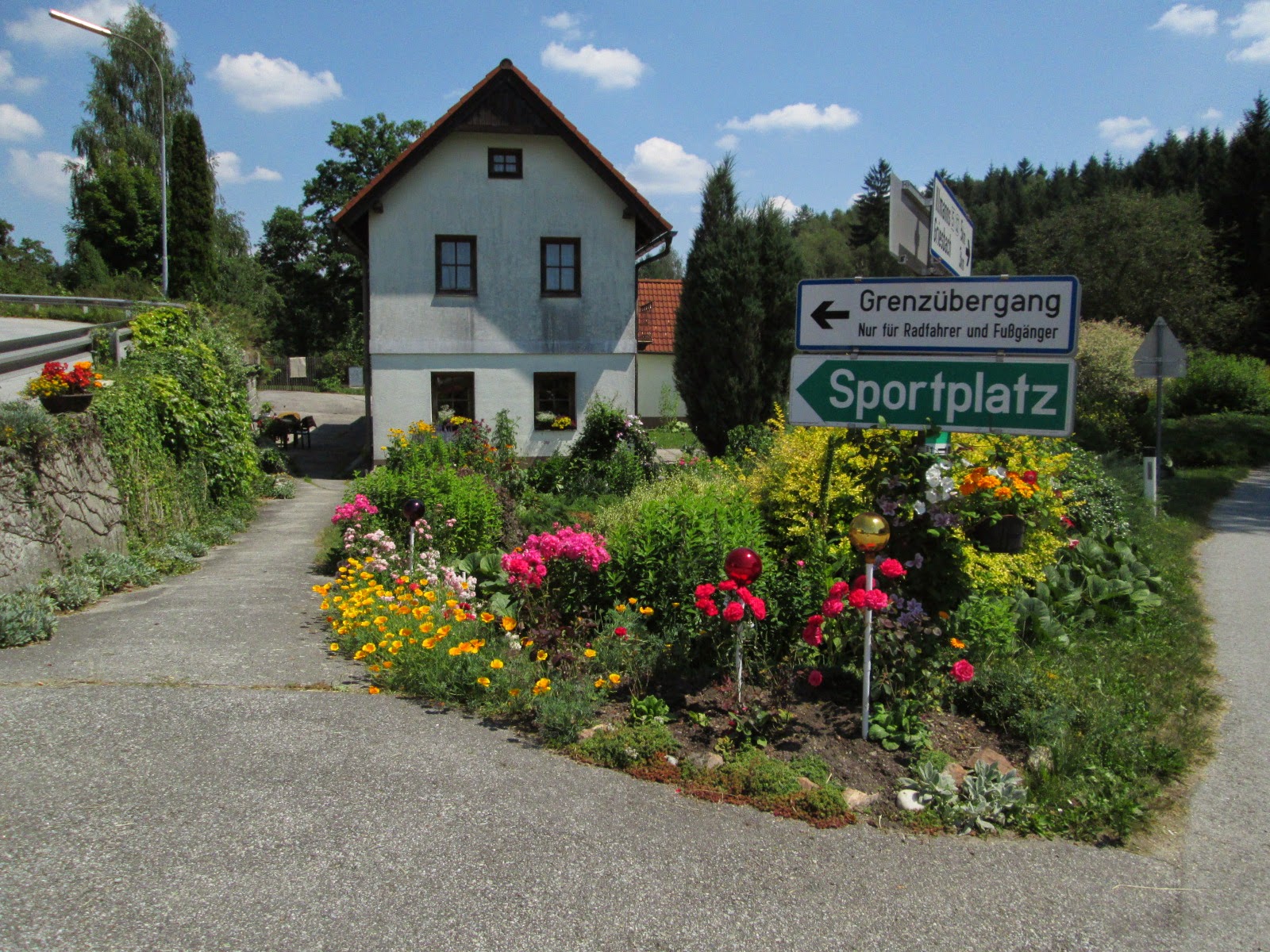 The castle belongs to the Seitern-Aspang family and cannot be visited, unfortunately.
After I finished the two rounds of the bike route and I also managed to fall in the middle of the road because of the strange SPD shoes - the second stupid fall, I am all only bruises and pain on the right side of the body!!!! but still happy to see that I have strong bones, so Calcium level is good!! - I went again to the lake. 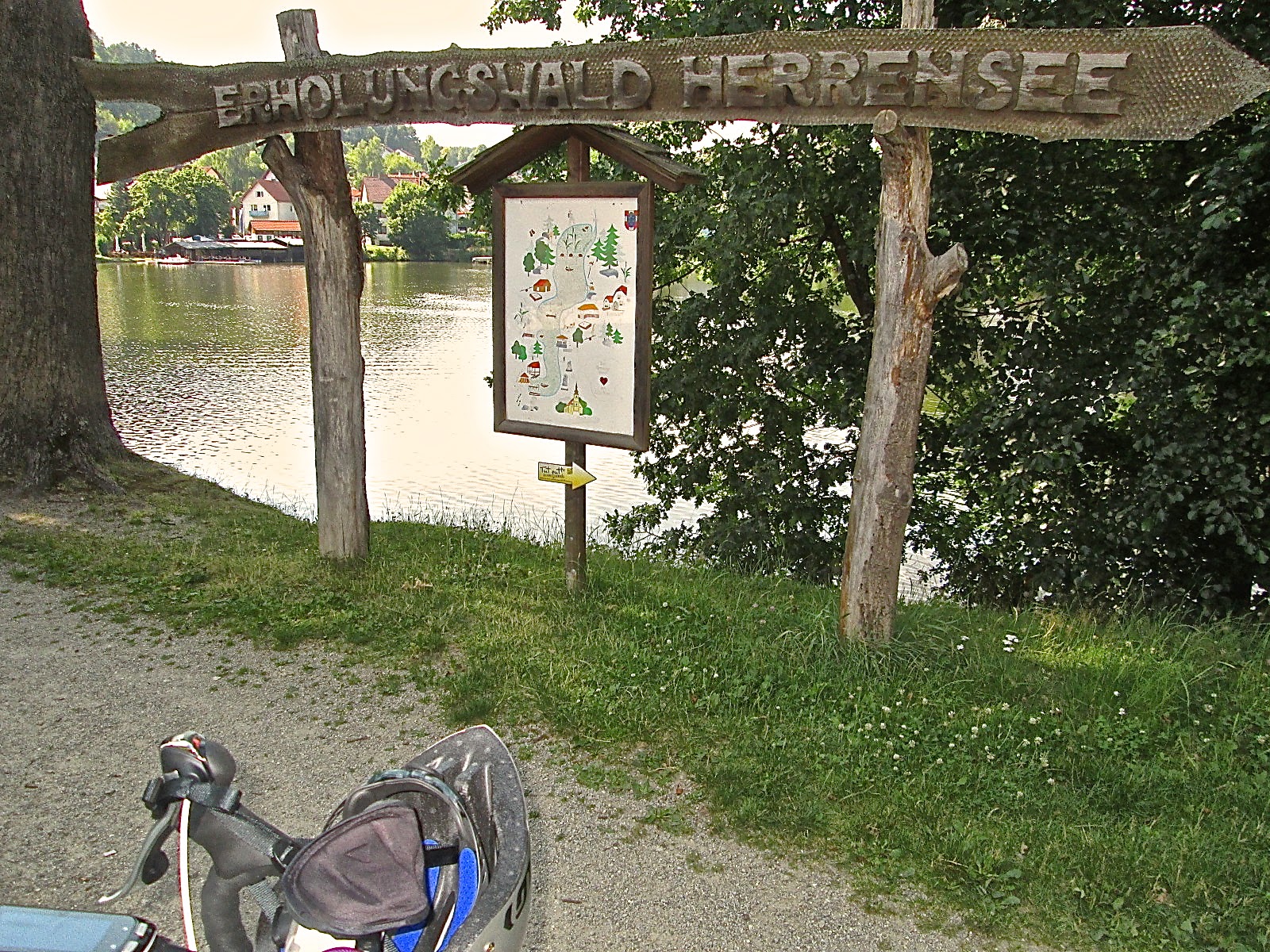 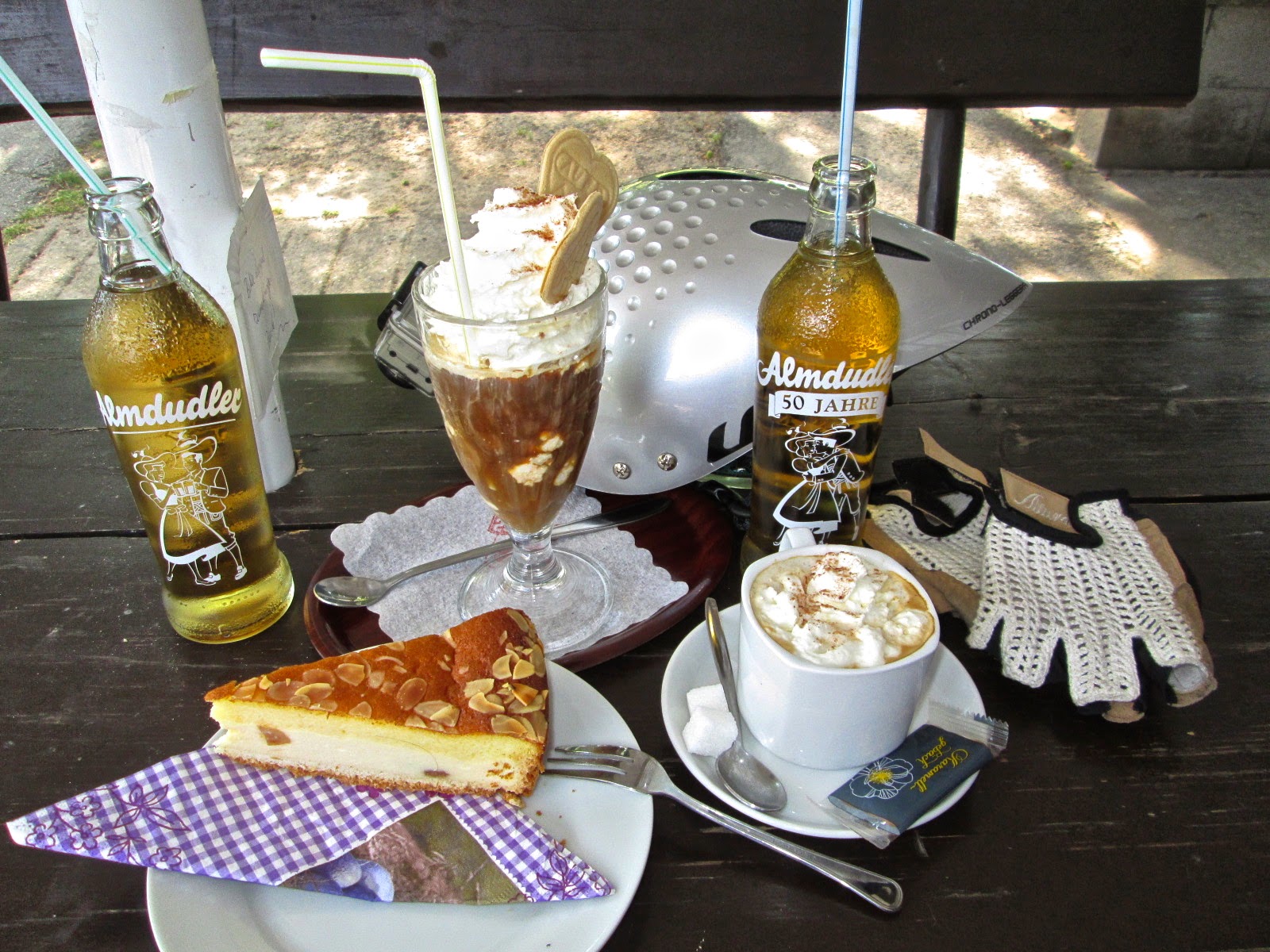 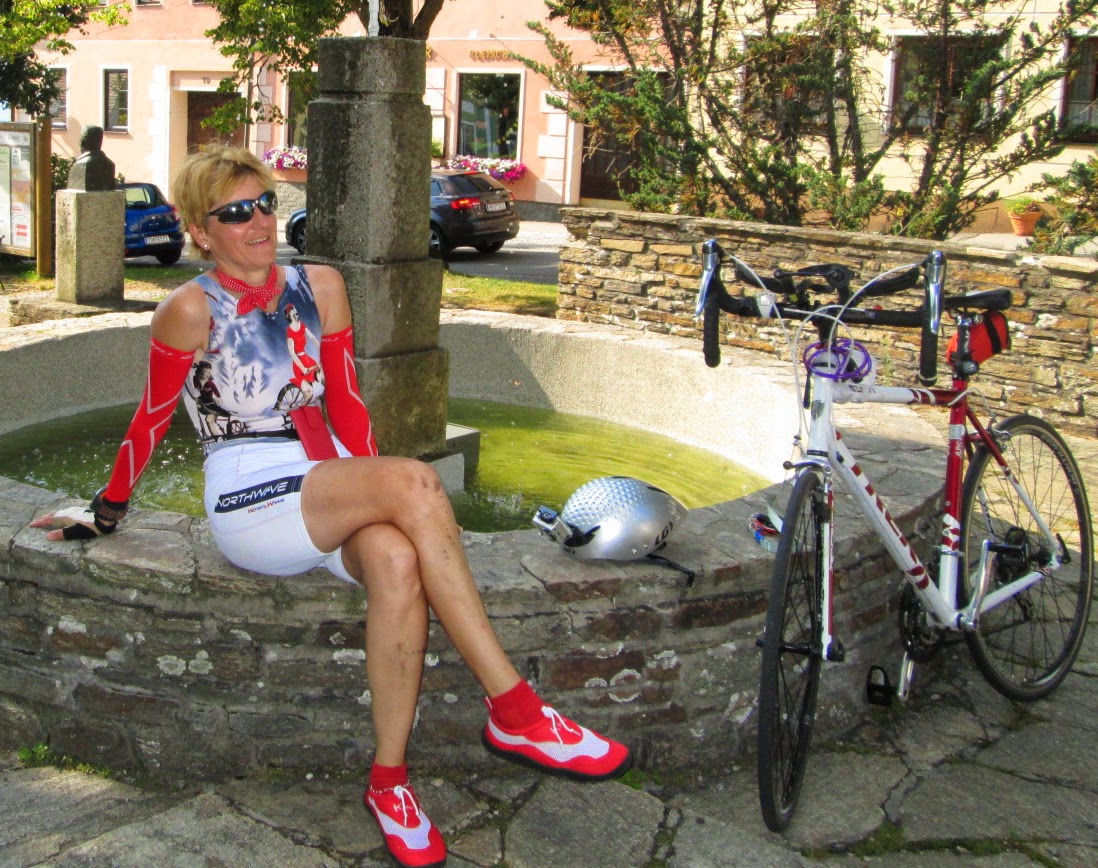 I'll be back here in three weeks again, pretty curious about the race atmosphere.
Again, a very great day in a hot week-end in Austria. I am happy, finally .... as I thought it isn't possible anymore. A little bit too late in my life, but I cannot change this. I enjoy every single second! 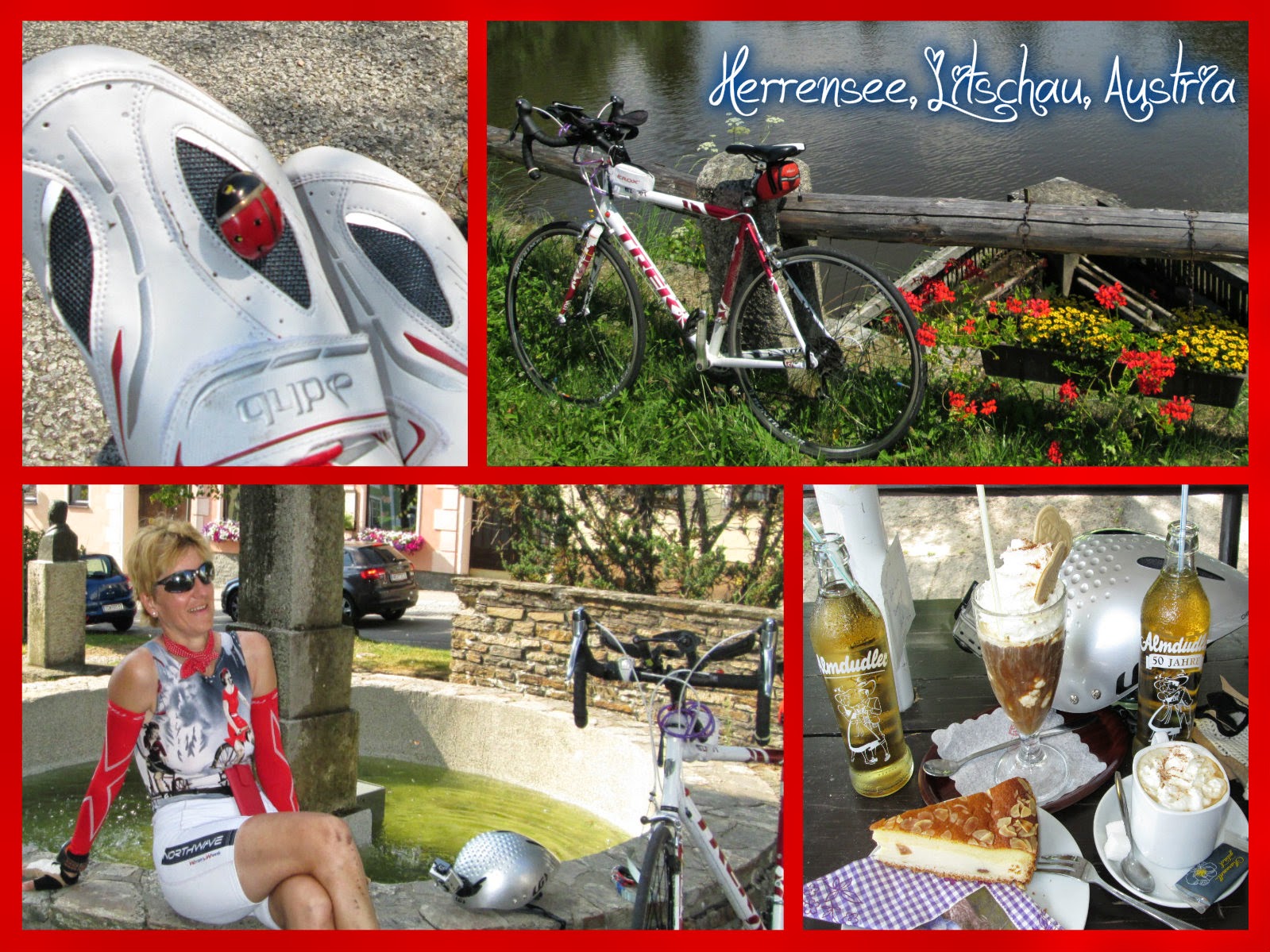