I simply have to write about this now, - 07.01.2011 -  after I experienced – unfortunately – 2 different ways of making the transfer between the two airports in Istanbul: Sabiha and Ataturk. It can be so difficult, and it can be so simple, even if you do not have money for a taxi, which could charge you with at least 70 EUR.
So, before starting my trip to Kathmandu, having a backpack of 21 kg, a separately sleeping bag of 2,5 kg and a smaller backpack for 7 kg, of course I tried to find out information about how I reach the Sabiha Airport, as I landed on Ataturk Airport. And I was really amazed to find out, that the transfer between the both airports can take over 3 hours. I signed in into my account on virtualtourists and I opened a new discussion issue asking this particularly question. I’ve got some comments, some advices, some information. So I had to be prepared with a difficult journey. The flight from Bucharest to Istanbul takes no longer than one hour, but the transfer inside involves 4 different transportation public vehicles and takes at least 3 hours.
So, let’s start to describe the first adventure in Istanbul:

When you exit the Ataturk Airport, go right side and at the end of the way you go down to the subway. Of course that first I tried to find out how much could cost a taxi and somebody from the information desk, a woman who didn’t speak English at all, or maybe 10 words, said something about 70 Turkish Lira, but you could be sure she has no idea. 1 eur is about 2 TL. So, anyhow, I changed 30 EUR. Here I was also surprised to see that neither the guy spoke English at all and he was in bad mood somehow, he was during his dreaming-with-open-eyes-on-the-employe’s-time&money session, I suppose. So, bad impression at the first sight. These were the first representatives of the Turkish Nation in their country. Bad impression.
So, you go to the subway and you have to pay 1,75 TL to a machine, getting in change a sort of plastic coin, which you have to put in a different machine. Afterwards you may to enter. The stupid thing is that the price is the same for all public transportation, but I did not find out about existing a sort of day card or something like that, so that you could pay only once for the entire day. So you have to look after your money and to pay every single time. Of course this was not so simple for a tourist carrying heavy luggage, like me, this is why I mention all these crazy details. The most disturbing thing it was, for sure, the fact that I came here being sure the Turkish people are speaking English. To meet airport stuff who has no idea of English seem to be something I cannot understand in Europe and I have to say that I do have no tolerance for this, especially that Turkey is a touristic country, no doubts.
As you do not know the prices and the mechanisms, I had to find out every single time how much it costs, where and how should I pay. This is why my transfer took 3 hours instead of probably two and half, maybe. One machine didn’t want to get a banknote of 20, only of 10 TL.
I missed the first subway train because I simply did not realized it is ready to go and there is only one direction for all trains, so I waited for the second.
I’ve got off from the subway tray on the 6th stop called Zeytinburnu. It is an outside station. As you leave the subway station, immediately you see the tram station. In the subway train it was a colourful schema of all public transportation routes so I knew from there I have to take tram no. T1 to the station named Eminonu. The same payment system, same price.
18 stations by tram, about one hour.
You leave your tram to Eminonu and here you have to find out which ship you have to take for crossing the Bosphorus, to cross over on the Asian side. Big chaos here. The ships are navigating in different directions, it is a little bit crazy, when you are for the first time here and do not speak/understand Turkish at all. Somehow I find out the right gate to the right ship – name of destination was Kadikoy -,  but here I had another problem: there were two different kinds of machines here and the guy who was responsible about taking care did not speak any English. Finally I solved the problem and I could buy my small plastic coin using a banknote of 20. But this coin here was different, not anymore a colourful plastic coin, but a very small metal coin which you cannot identify too fast among the coins you get as change from your banknote, so firstly I thought I paid, but I’ve got no enter coin. Luckily me I was seen from a Turkish man who understood my surprise and asking face and showed on my own hand the small “wonder coin”, my entrance ticket for the ship. So, I got the 3rd public transportation to my destination, Sabiha Airport. I didn’t paid attention, but the crossing took about 20 minutes I think.

I reached Kadikoy, another big chaos. I knew I have to look for an express bus E10, which drove directly to the Sabiha Gokcen Airport. But there were so many busses there, so many bus stations ...... After I walked some minutes through the crowd I asked somebody and luckily he showed me the station 3 meters away from me. Aftter 10 minutes, in respect with the schedule, the bus came. Clean bus, big, enough place for luggage. Here you have to pay to the driver and it costs 3,50 TL. The bus has several stops on the way to the airport and after 80 minutes we reached my destination. I wanted to know from the driver if they drive during the night too, as to my returning from Kathmandu I land in Istanbul, on Sabiha Airport, at midnight. But the driver had no idea what I want from him, he couldn’t and didn’t want to understand any English.
So, you reached the Asian airport and you have to pay 2 TL or 1 EUR for a luggage cart. But you have internet for free anywhere. In Ataturk Airport you do not pay for the luggage cart, but you have to pay for internet.

So, now, coming back is a totally different story and I am just sitting in Ataturk Airport now and I cannot, I just cannot understand why it was necessary to pay so much time, effort and tribute for such a long transfer one month ago, when there is, oh yes (!) there is a much more simple, efficient and nicer solution: instead of 8,75 TL you pay 23 TL, you have to take only 2 buses and it takes 2 hours. Why so simple, when much more complicate is also possible? I will never understand why nobody, but nobody on virtualtourist didn’t give me this information one month ago, as I needed it, but it gave it to me now.

So, from Sabiha Airport you just go outside and take a HAVAS bus to TAKSIM. 13 TL, one hour, modern, clean bus. From the same place in TAKSIM, you take a different HAVAS bus, to Ataturk Airport. 10 TL, one hour, clean, modern. THIS IS ALL, people!!

Is this not a crazy story about inter-human communication?

I was so worried that I have to repeat the long story of the transfer, having a backpack of 23 kg, a smaller backpack for about 10 kg full of books I bought in Kathmandu, my photo camera, notebook and sleeping bag!! I was so absolutely happy that the guy from virtualtourist finally gave me this information, but so nervous and frustrated because he did not tell me about it one month ago ..... he couldn’t explain why he did not do it then. Just not thinking about it?

So, this is why I took my time and I tried my best English for writing this entire story. Unfortunately I switched the airports and on Ataturk I have no internet, so the publishing have to wait some hours longer.
I wish everybody who is doing Istanbul airports transfer the best luck, if any question, please ask me. You can find information in internet by looking after HAVAS SHUTTLE BUS too and the information there are available and the transfer can be so easy and enjoyable, really, even if you have much luggage. Both shuttle bus drivers helped out with the luggage, I was amazed. The only unpleasant thing for me it was here, when he drop us out at the international airport, there were no luggage carts and I had to struggle it for 10 minutes alone until I found the entrance in the airport and a cart. I had to introduce a coin of 1 TL, which I can get back if I bring the cart back, it is the supermarket system. A lot of Turkish men, none of them thought to help me out, even I suppose I looked really silly struggling me alone with the 4 pieces, one very black and heavy. 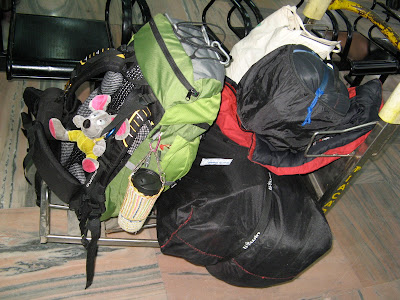 Good luck everybody, myself I did not enjoy this kind of experience in Istanbul and I did not feel relaxed here, as single woman. But this will not stop me .... I am a traveler through the life and write about this :-)