I said to me: "OK, let's try this "Early Bird Ride", as they promise "Tempo: easy pace, Grundlage (= basic)"!
Difficult to wake up, to dress, to drink something and to start 5:40 a.m. to the Yellow Bridge (about 8 km from my home).
Cloudy, chilly. I reached the meeting point at 6:05.
One guy was already there and the second come few seconds after me.
At 6:11 a.m. appears a larger group ... very fast, very decided, very racing somehow ..... about ten people.
At 6:12 the first guy started and we all followed him ..... but he started as he would go racing (!!!) OK ...... he probably is in rush to make it very fast and go to work .... so a strange experience for me, but let's do our best from our morning, right? :-)
So, I definitely lost the group after about 3-4 km and I realized they do not care and are actually not in the mood to wait for somebody or to check out and see if we all are together ....
I gave up to chase them and I continued the route till Greifenstein where it was supposed to be the turning point.
It was the moment I stopped to breath and to take the first picture :-) - Klosterneuburg 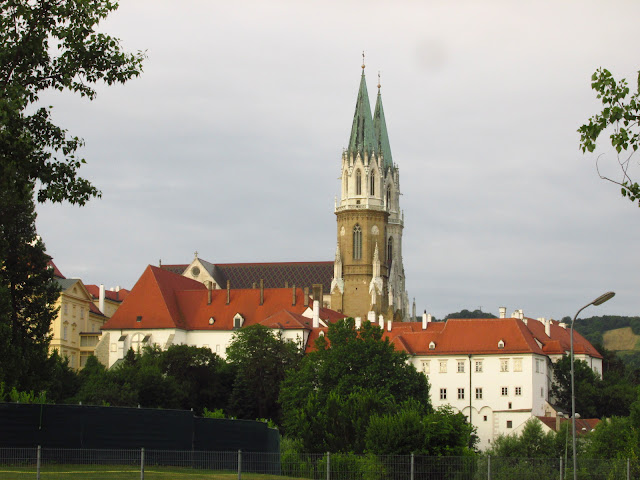 Then I rode further along the Danube to Tulln and after about 32 km from home I took the road to the left leaving the river shore. I was total undecided what to do as I knew I do not have the entire day at my disposal, at 1 p.m. I have an appointment in Vienna.
On the way I stopped to see and hear this ..... 7 a.m. sharp! Is this not amazing?!

And I entered a sort of "Danubian Jungle" 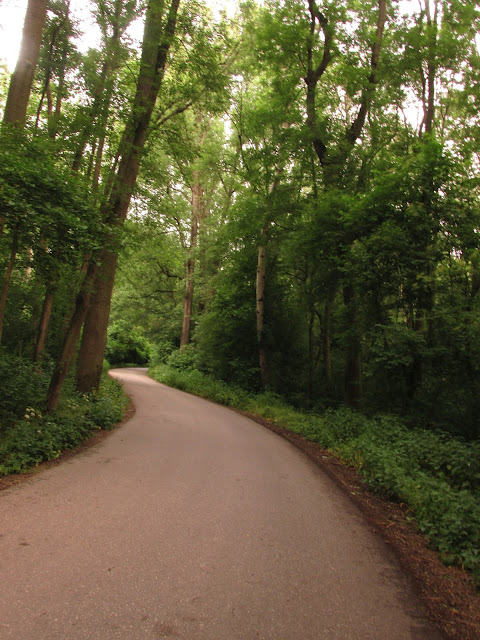 Wonderful even I was a little bit cold ... after so many hot days since yesterday the temperatures drop unexpected. 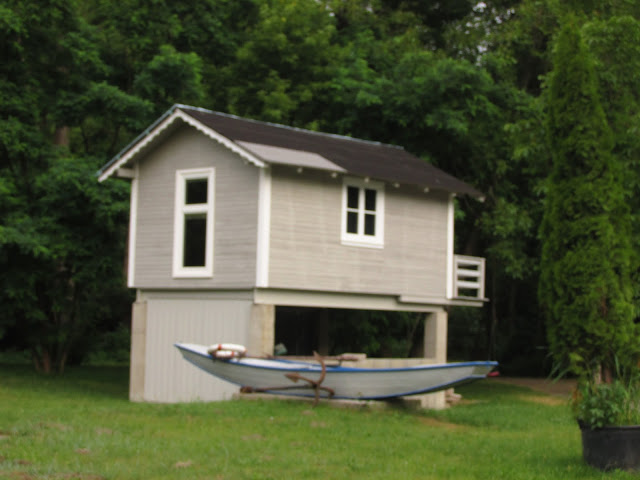 I do not exaggerate when I refer to the ”Danubian Jungle” ..... I tried about 2 weeks before to go deep inside as I was on running (not by bike) .... and believe me you feel shivering .... some monkeys were missing for feeling me in the real Tansanian Jungle!! 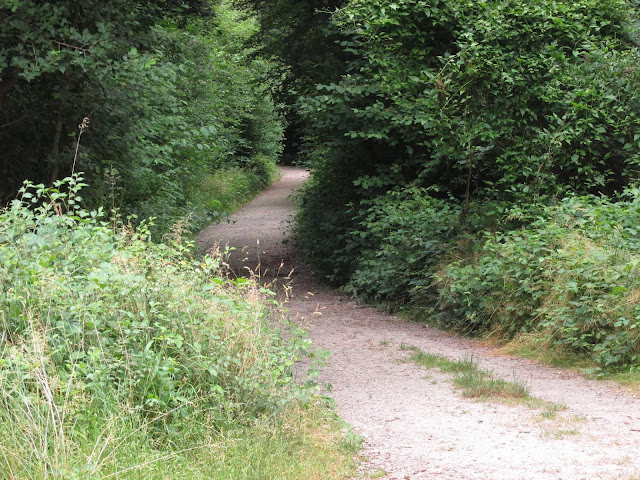 The areas are also protected and it is not allowed to go by bike inside of them. To be very honest, if you go by foot deep inside you will feel a little bit strange because it is just wild "unorganized" nature, a lot of weird sounds - even if it sounds nice - ... it is an ecosystem which should not be disturbed by people, so you can find notes about: "access is not permitted" and the best you should do is to return. I ignored once such a note and I went further on the path but after 50 meters I felt very clear my place is not there and I want to return so quick as possible. There are lot of birds, snakes, frogs, insects and then you can get lost. And believe me, you really do not want to get lost there by yourself, alone .... 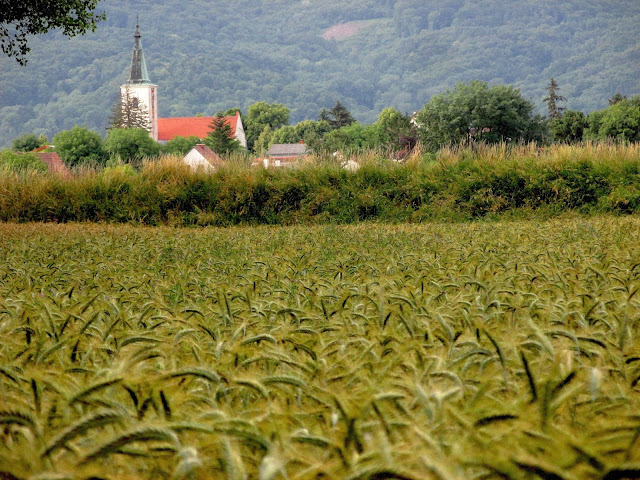 The road through the high old trees left the jungle and a new picture streched before my eyes and senses ....
Not very convinced about what I am going to do I stopped for a while admiring the peaceful landscape ....
I went further for about 50 m and I tried to fly .... 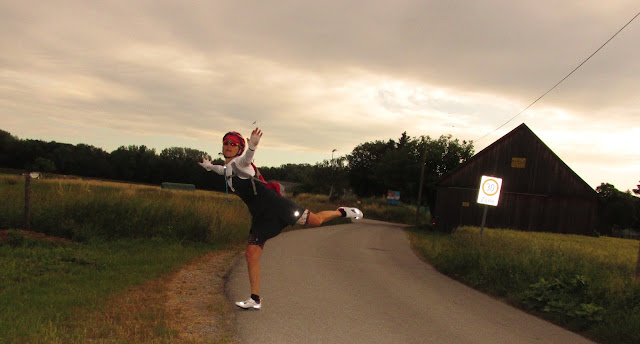 No problem, I will success next time :-)
Then I thought I would like to see the church and to see where I am and then to return. I began to be cold.
And then ......

Ancient ruins are a part of me. From always. From the times I dreamed about becoming archaeologist. I never stop to let me fascinated about ancient ruins and to imagine how it was on the spot at the moment of construction ... 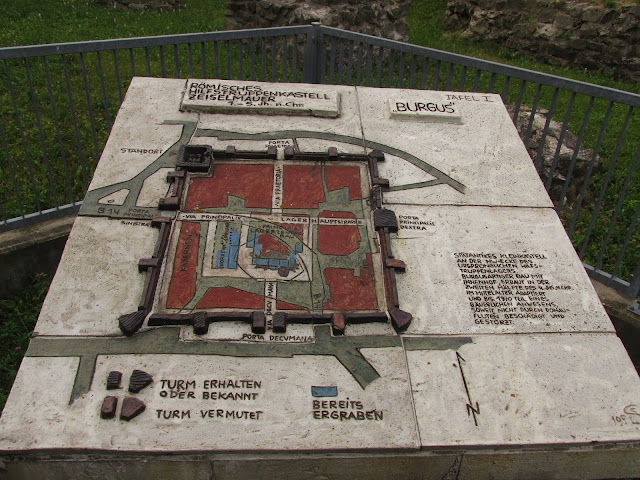 The fort Zeiselmauer, possibly the ancient Cannabiaca, was part of the fortification chain of the Roman Danube Limes* in Austria, situated in Lower Austria, District Tulln, community Zeiselmauer-Wolfpassing / district Zeiselmauer.
*Roman Danube Limes is that portion of the Roman military border along the Danube in what is now Bavaria, Austria, Slovakia, Hungary, Serbia, Bulgaria and Romania.
When archaeologists started to dig into the Roman history of Zeiselmauer in the late 70ties of the last century, the remains of the surviving fortification walls were believed to be of medieval origin. 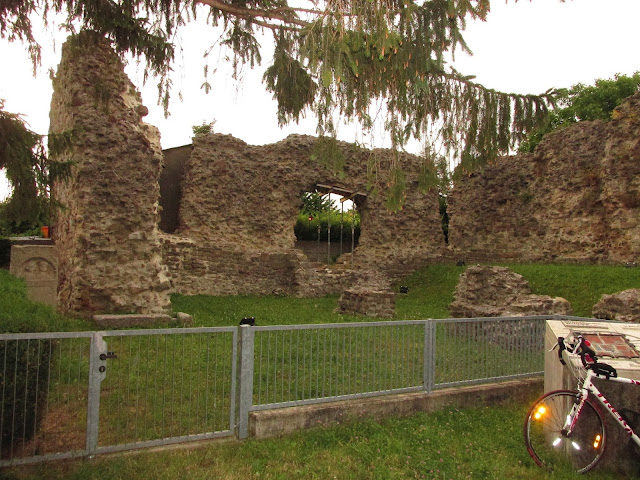 It turned into a real archaeological sensation when a very well preserved late antique fortlet with high and meighty walls emerged after the demolition of several old houses and sheds lived in by the local inhabitants throughout centuries. 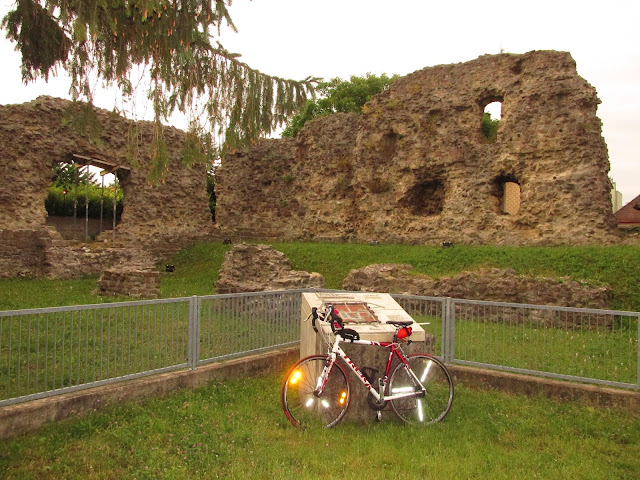 The discovery of a 20 x 21 m square building with 1.9 m thick outer walls, three stories and a small courtyard in the center is a unique but clear testimony how the Roman army maintained their frontier defense with a reduced garrison of 60-80 soldiers in the late 4th century AD. 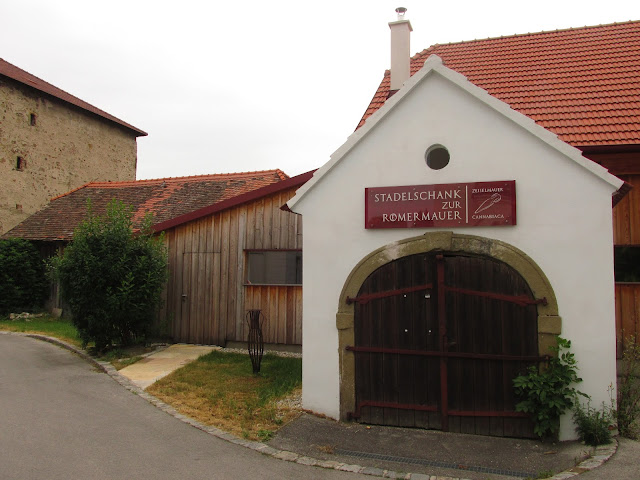 Weihestein, 165 a.Chr.
Late Roman fortress (Burgus) at the north-western corner or the Roman Camp. Second half of the 4th century. Access through the archway from the camp's side only. Originally a three-storey building with intermediate wooden ceilings. 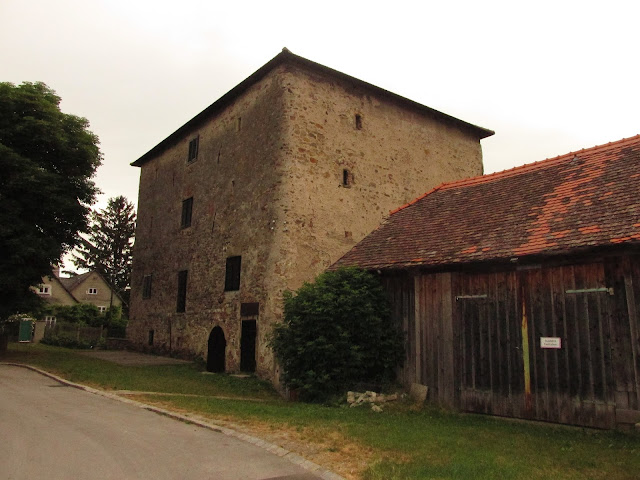 In the center, four hook-shaped foundations surround a small inner courtyard. They bore wooden pillars supporting the roof. In the foreground parts of the western wall which collapsed already in Late Antiquity.
Unique building of that type in Austria.
At the left, a tombstone (copy) portraying Aelius Aemilius and his wife Amuca. He was a Roman veteran while she was a native, which is indicated by her Noric coif and the presumably Celtic name.
2nd century. 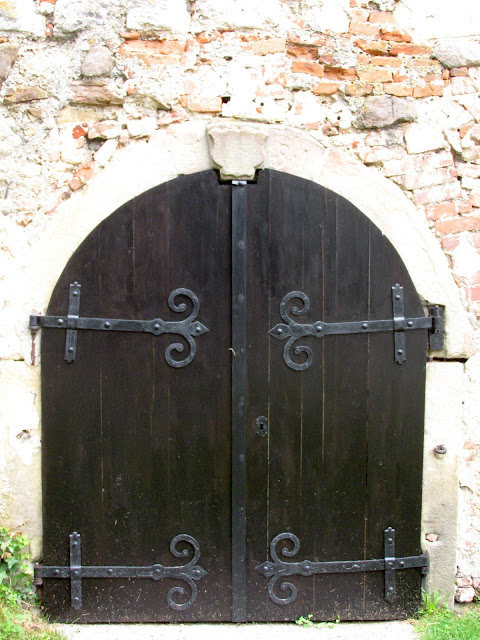 Late Roman box-shaped gate replacing the previous eastern camp gate (Porta Principalis Dextra).
Second half of the 4th century.
Just above the actual ground level one recognizes the upper part of the archway, on the left side, the link to the former camp wall.
The rounded edges of the building are specific to the Roman architecture. Used as a granary from the Middle Ages onwards and therefore well maintained.  In 1581 a new entrance was built.
It is one of the largest preserved Roman buildings in Austria. 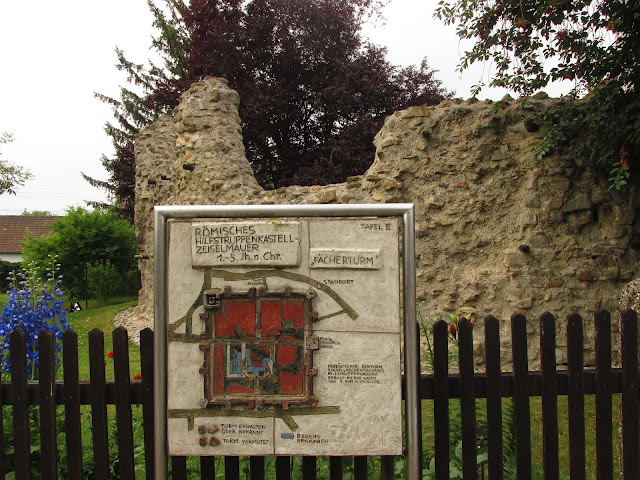 North-eastern corner tower was attached to the existing camp wall in the 1st half of the 4th century. Because of its fan-shaped layout is protruded widely from the camp's wall and thus enabled the defenders to make better use of their arms against attacking enemies.
In the southern part of the building the link to the camp's wall can still be seen. 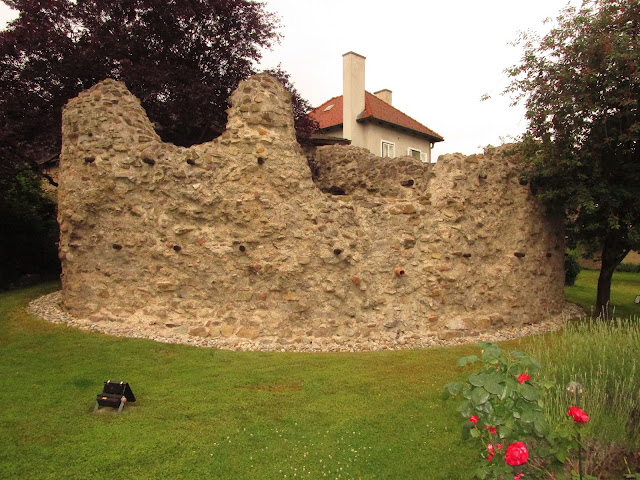 The holes used for the scaffold derive from the construction time and are marked by wooden poles.
Original height of the tower:  9 meters.
It is the only free standing fan-shaped tower preserved in Austria. 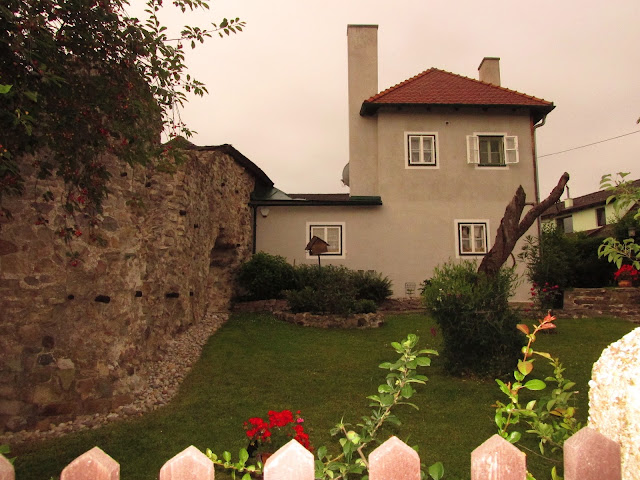 Fascinating!!! I love these kind of places and stories ....
The church seems to be also underground, I would like to go back and find out if I can visit it.
Here some historical pictures of the place and here some more information. 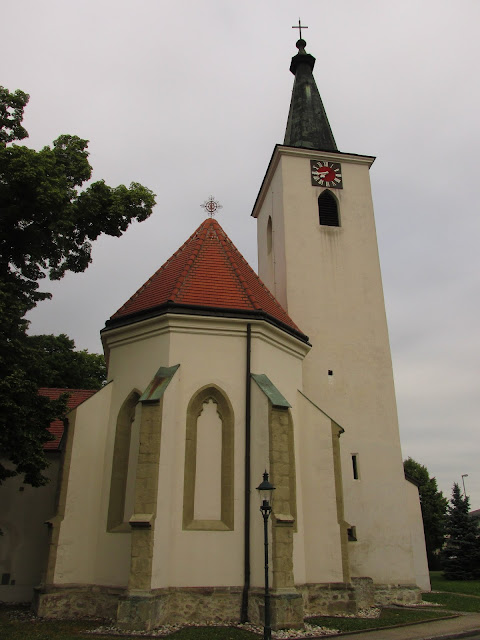 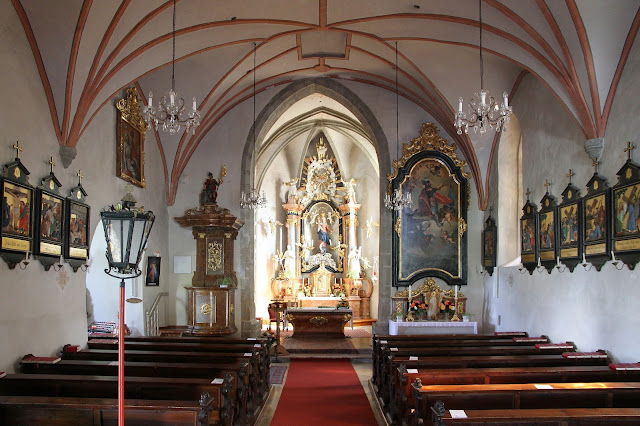 I left the place very impressed and happy to discover this. I was cold and lucky me I had a summer wind jacket with me, hurraaaa...
My ride back home was for about 20 km long and I enjoyed every km of it. 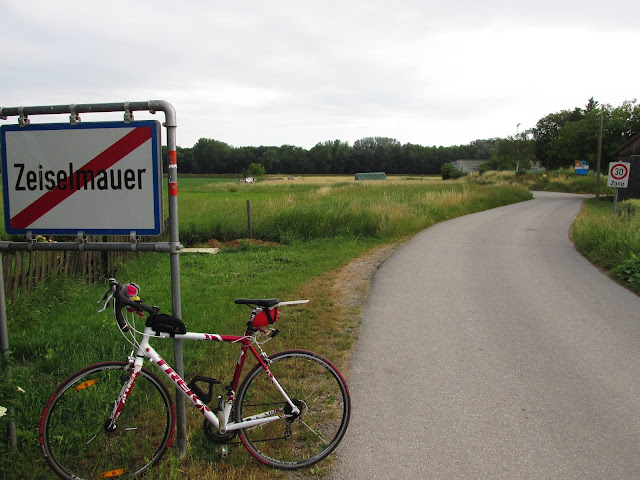 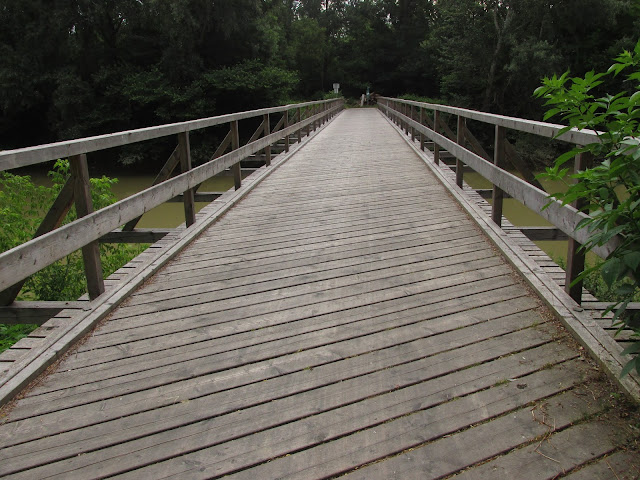