20 km away from Zell am See via Bruck starts the Großglockner Alpenstrasse.
The Grossglockner High Alpine Road (in German Großglockner-Hochalpenstraße) is the highest surfaced mountain pass road in Austria.

It connects Bruck in the state of Salzburg with Heiligenblut in Carinthia via Fuscher Törl and Hochtor Pass at 2,504 m (8,215 ft). The road is named after the Grossglockner.
The Großglockner or just Glockner is, at 3,798 metres above the Adriatic (12,461 ft), the highest mountain in Austria and the highest mountain in the Alps east of the Brenner Pass. It is part of the larger Glockner Group of the Hohe Tauern range, situated along the main ridge of the Central Eastern Alps and the Alpine divide. The Pasterze, Austria's most extended glacier, lies on the Grossglockner's eastern slope.
The characteristic pyramid-shaped peak actually consists of two pinnacles, the Grossglockner and the Kleinglockner (3,770 m (12,370 ft), from German: gross, "big", klein, "small"), separated by the Glocknerscharte col. 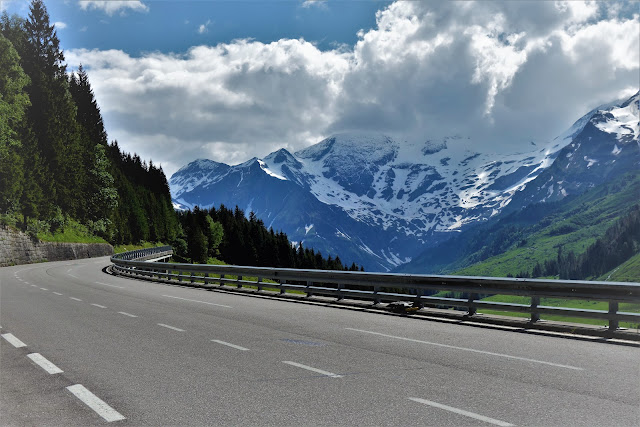 I started too late in the day, so that I reached the gate at about 3 p.m., exactly the time as it normally should leave the area (valid for cyclists). Just 2 km further from the official entrance the wind started and it began to be colder, so I wasn't well prepared for the adventure in Mai. This time of the year is really turbulent, especially in the Alps. 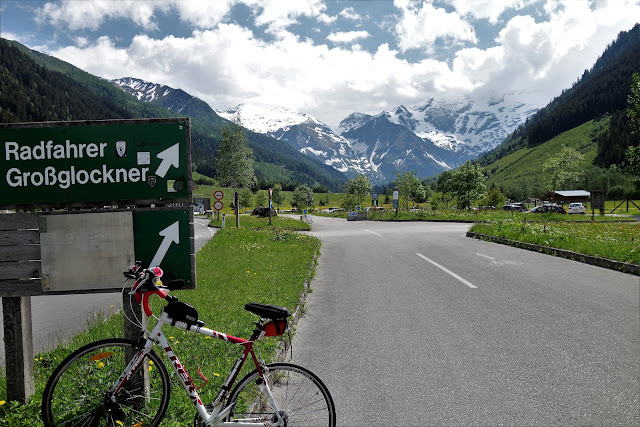 Wonderful weather as I didn't see for about one entire week!
The first 15 km from Zell am See are easy, then the uphill starts and it's work :-) Hard work for such an untrained soul like mine! 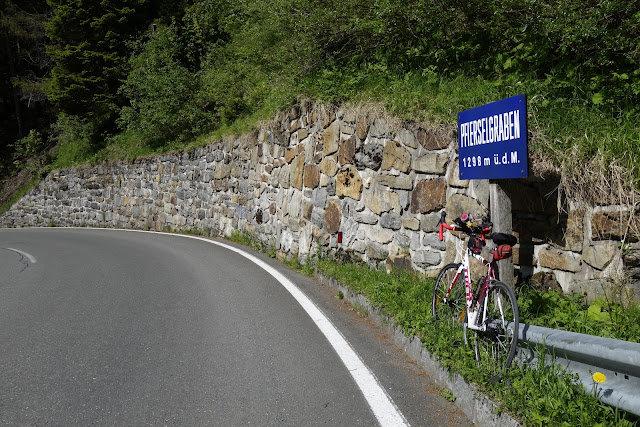 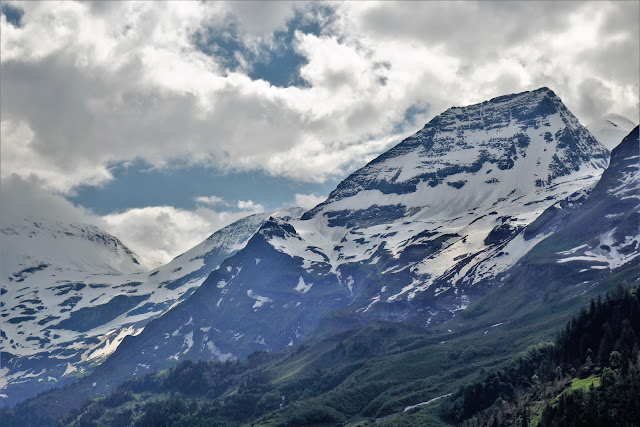 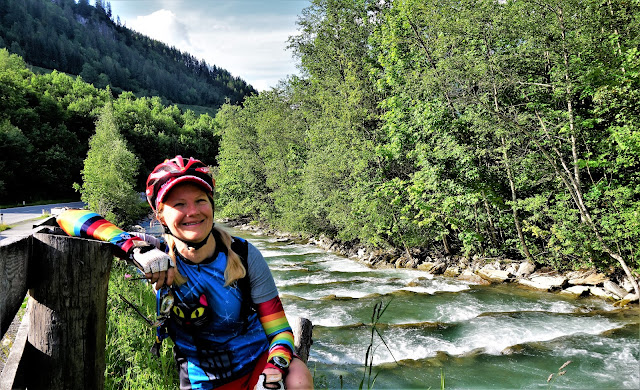 After a total of 50 km I ended the day. A new route, a new glacier, new impressions, new feelings.
If I want to ride the real route I have to start at about 9-10 a.m., as the distance would be about 60 km to Heiligenblut (when the Großglockner Marathon starts - I run the trail in Summer 2015). There I could stay over night and next day come back the 60 km :-) Crazy!! 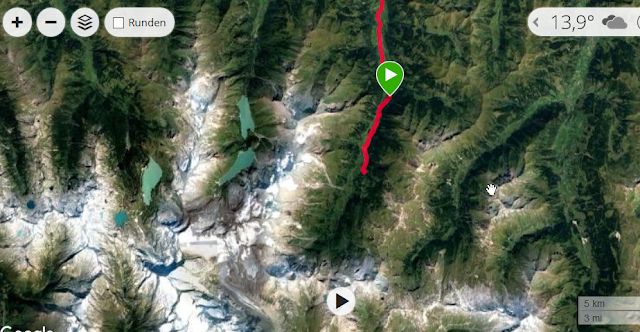