NOT Running after the day light ... but catching the sunset, feeling it, letting it free

Running after the day light ... catching it, feeling it, letting it free 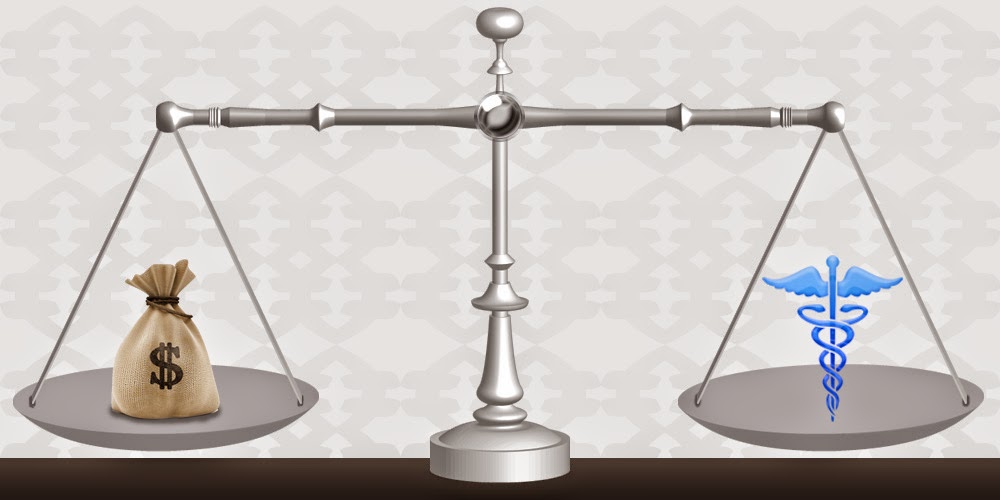 today I contributed with money which does not even belongs to me - and not a small amount - to the austrian private health system.
without money you are free to die in front of the clinic. unofficially this is the reality around the world.
not only in romania.
not only in austria.
but across the world.
our disease is just another product on the shelf.
and this is not only the present, but the future too: in case of special situations - let it be ”natural disasters” or what ever - those having money will be able to buy their chance to survive. 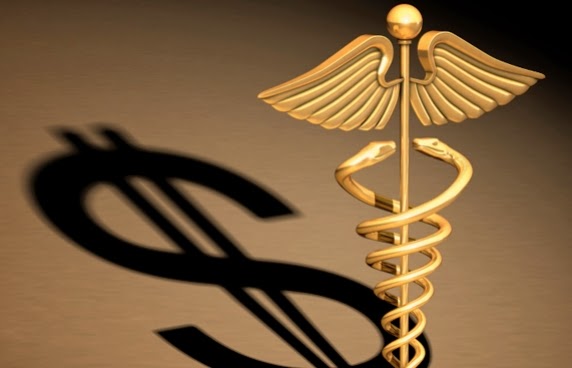 this is the human society for which we all are struggeling.
today I bought a drop of health.
to be more specific I paid for not really get sick (at least this is what I take into consideration these days of full negation as I am sure the diagnostic is not the right one).
to wait 6 weeks for an investigation that can tell if you have cancer or not ... is a too big mental challenge and I admit that I gave it up.
after only one week I choose to pay for my tranquility.
as a result, today I crippled my bank account and I paid with money which do not belongs to me, but to the bank and I also have to pay interest, of course.
my financial minus is higher.
the financial plus of the private clinic is also higher.
so I contributed today to the health of two big corporations which lead the humanity: The Bank and The Hospital. 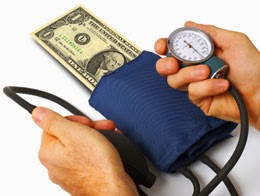 I paid for getting closer to a new phase of my life:
it will start a crazy one
or
it will start a new re-born and I will mentally relax.
To Be or Not to Be?
I was on the way back home. The same day moment as previous days as I tried to run after the day light, between five and six o'clock.
Because of that contrast solution you have in blood after such an investigation you start to feel dizzy and strange. But I was strong. Again. I knew that I have to ride fast and fast and fast. It was important to reach home before fainting. 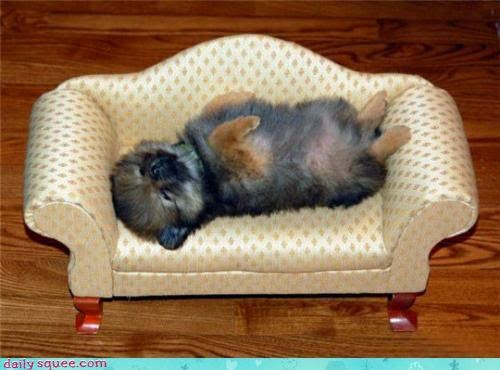 12 km is a long distance sometimes, even on bike.
Sometimes is a veerryyy long distance .....
So, after 7 km I had to stop .... I was almost to that point ... of fainting ....
I stopped, I let the bike on the roadside and I found myself lying prostrate and petrified on the wet ground. I needed few minutes of lying so. Without any thought. Just lying. Finding the way to myself.
One minute. Maybe two. Maybe three.
The day light slowly flowed away like the blood is flowing out from the somebody's body who cuts his veins. Slowly. Lazy.
As I opened the eyes I caught only some drops of it .... 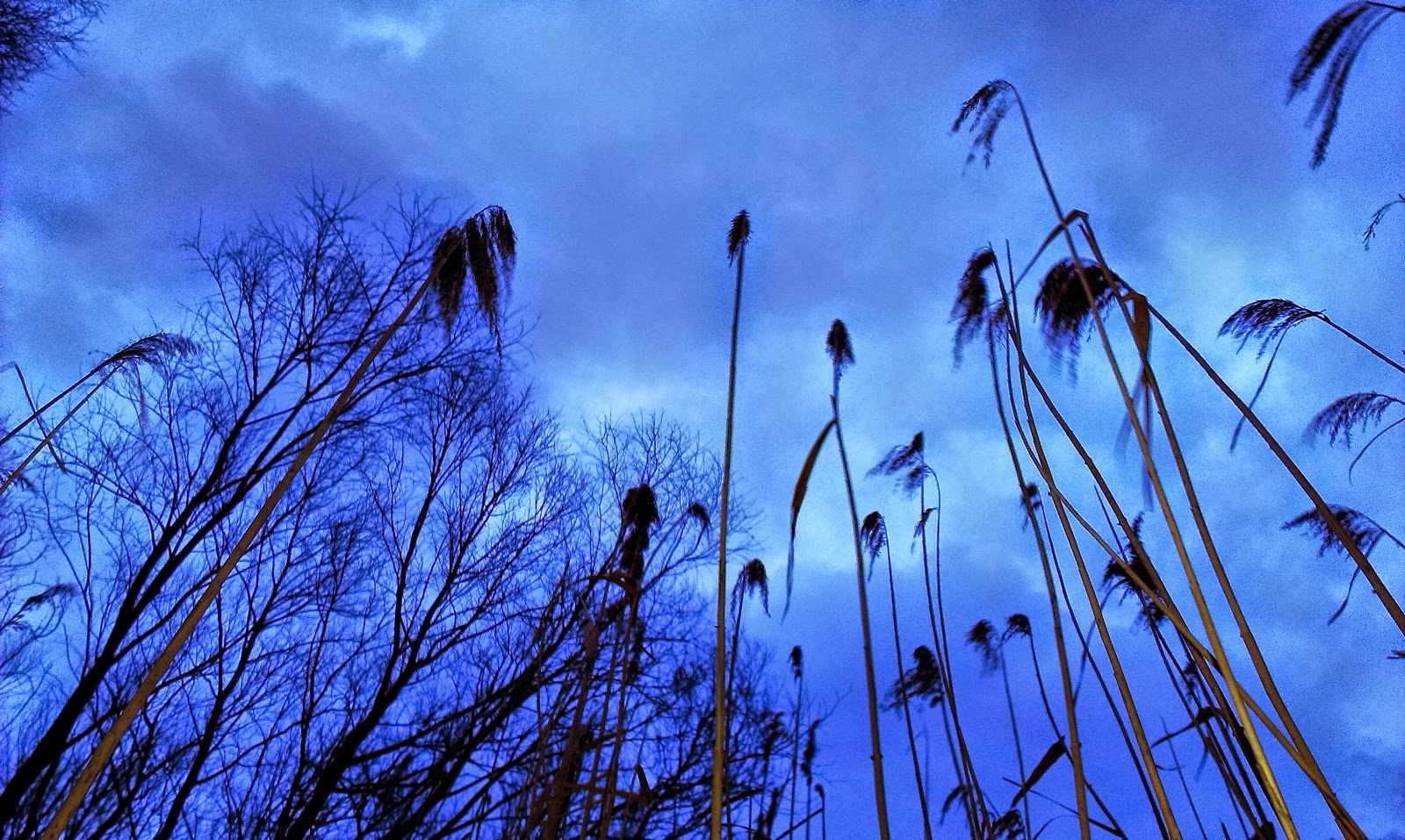 I found my mobile phone and took some pictures.
I was down there looking to the sky and not running after the daylight. 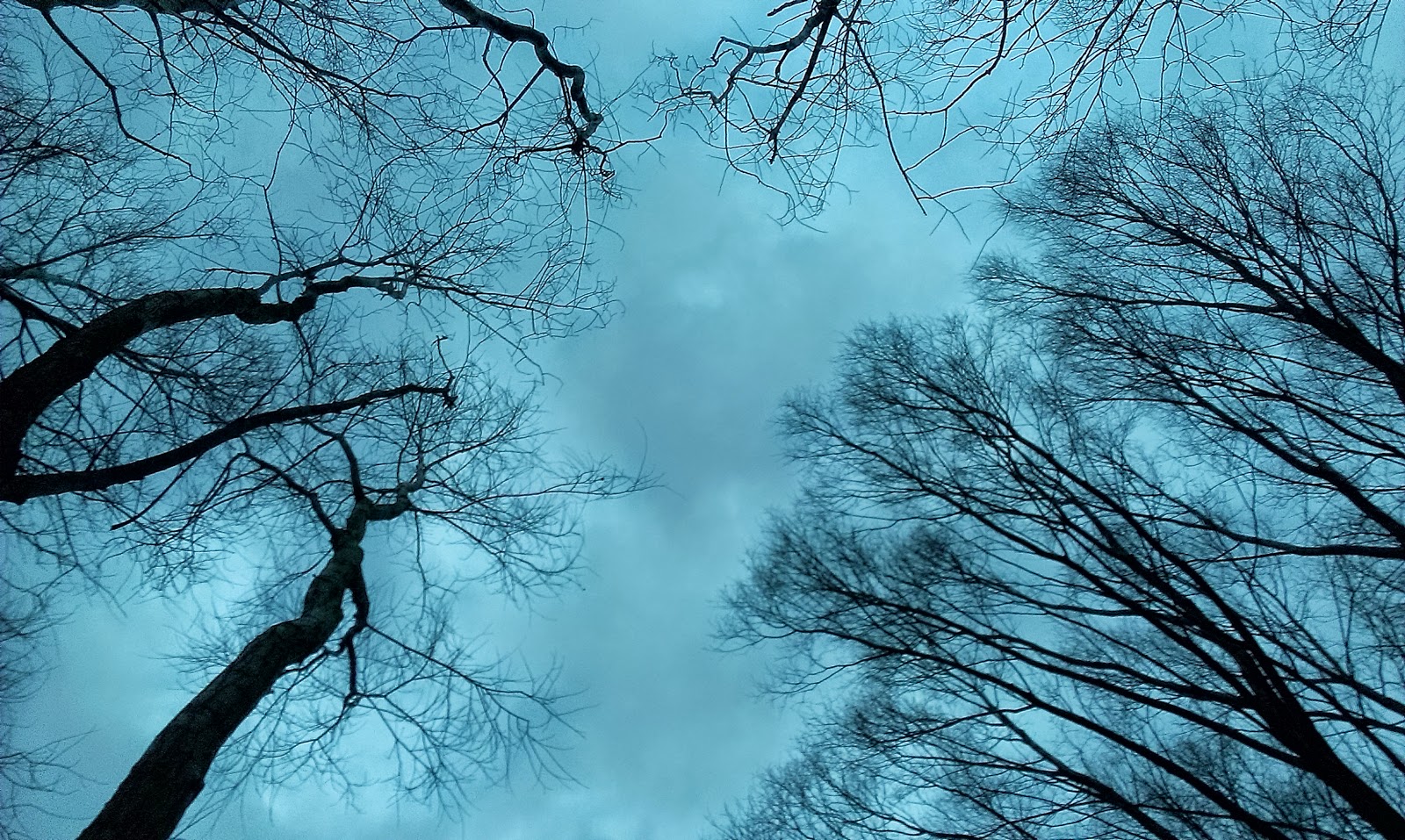 So different can be the emotions. Yesterday I cycled through the same place catching 30 km per hour and now .....
I felt the need to lift my right leg and put it on the sky :-) Does this mean I was walking on the sky today?!
Wow ... I remember about something I never thought in the last 21 years ....
I was in Deutschland with my best friend, Mr. Bay. He died, unfortunately. The best relationship to a man I ever had in my life.
In Kassel, summer 1992, it was a hudge cultural event named "Dokumenta" and the "Man walking to the sky" by Jonathan Borofsky was one of the multiple sensations. 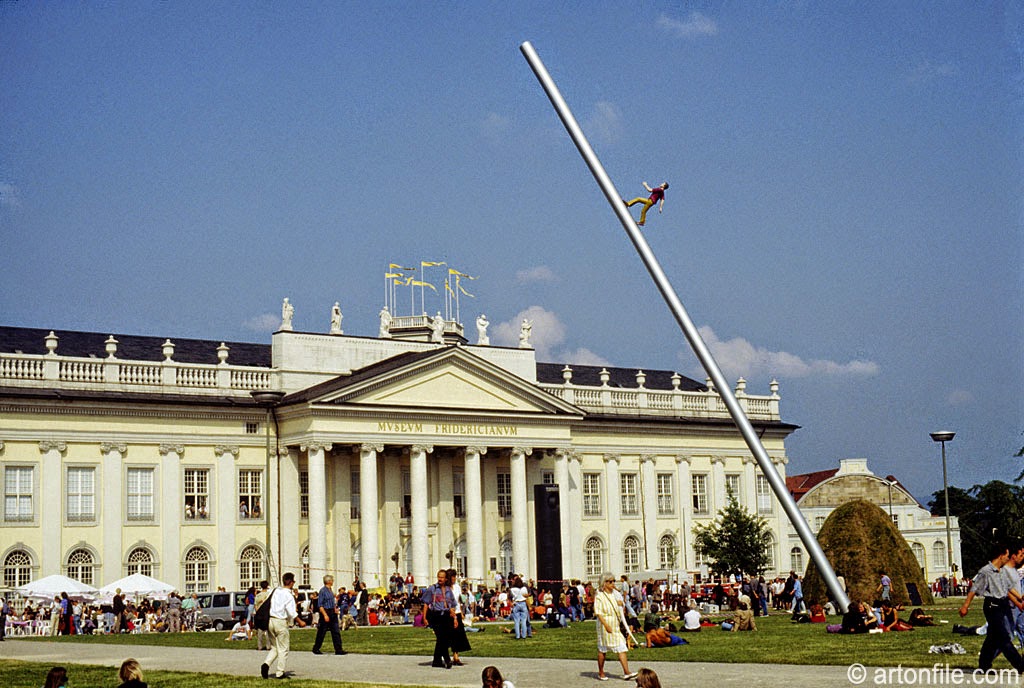 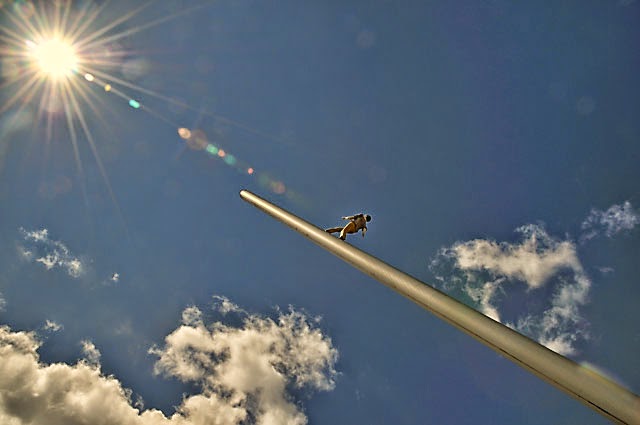 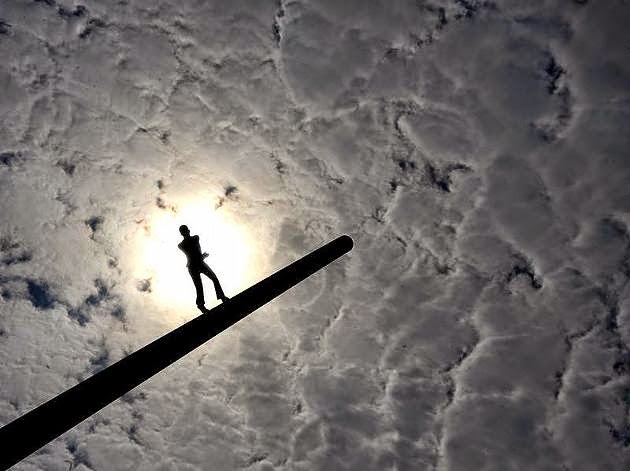 I stand up and looked around.
My dear red bike was there, waiting for me. 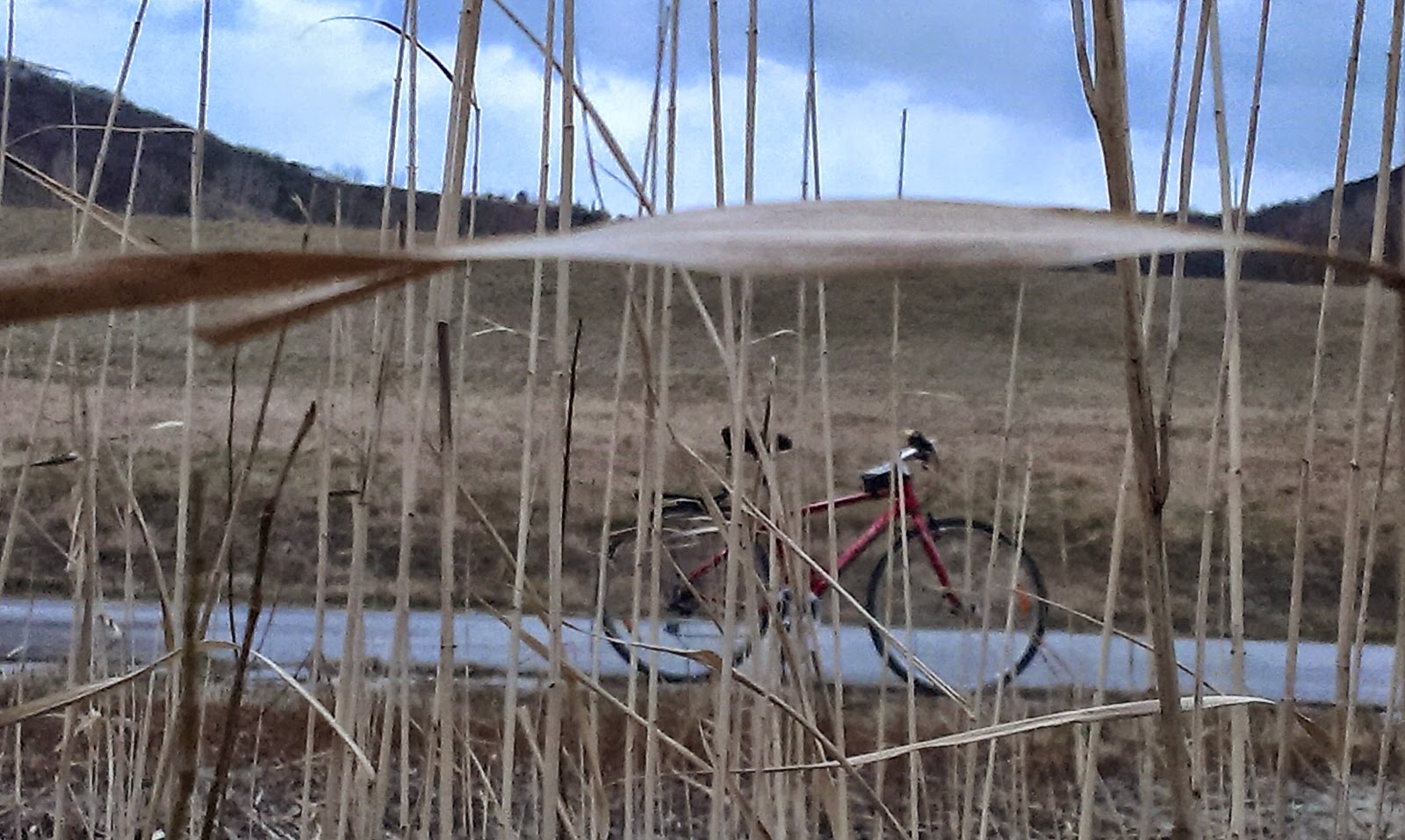 The sand under my feet was wet. The road was empty. And long. 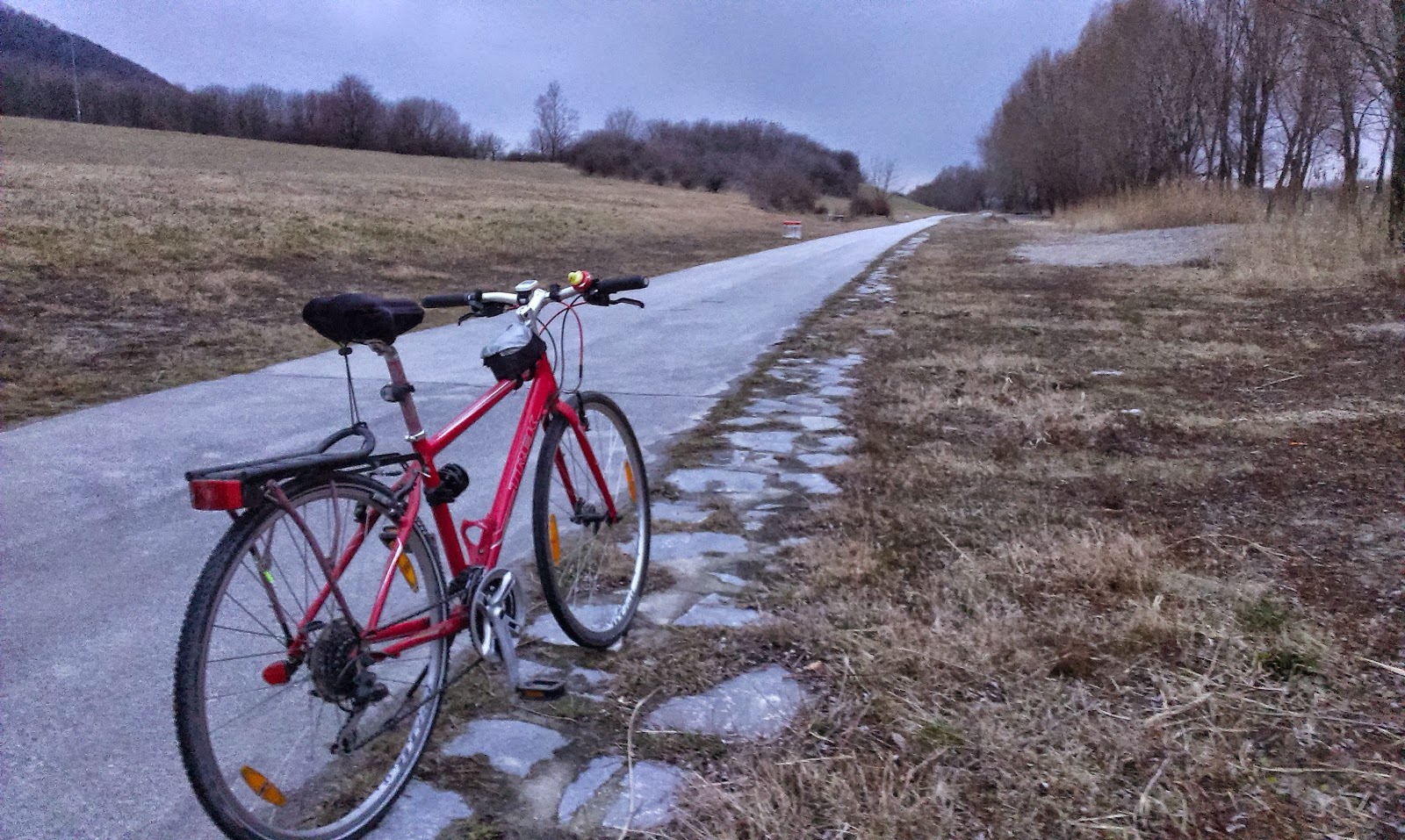 The trees were calm. 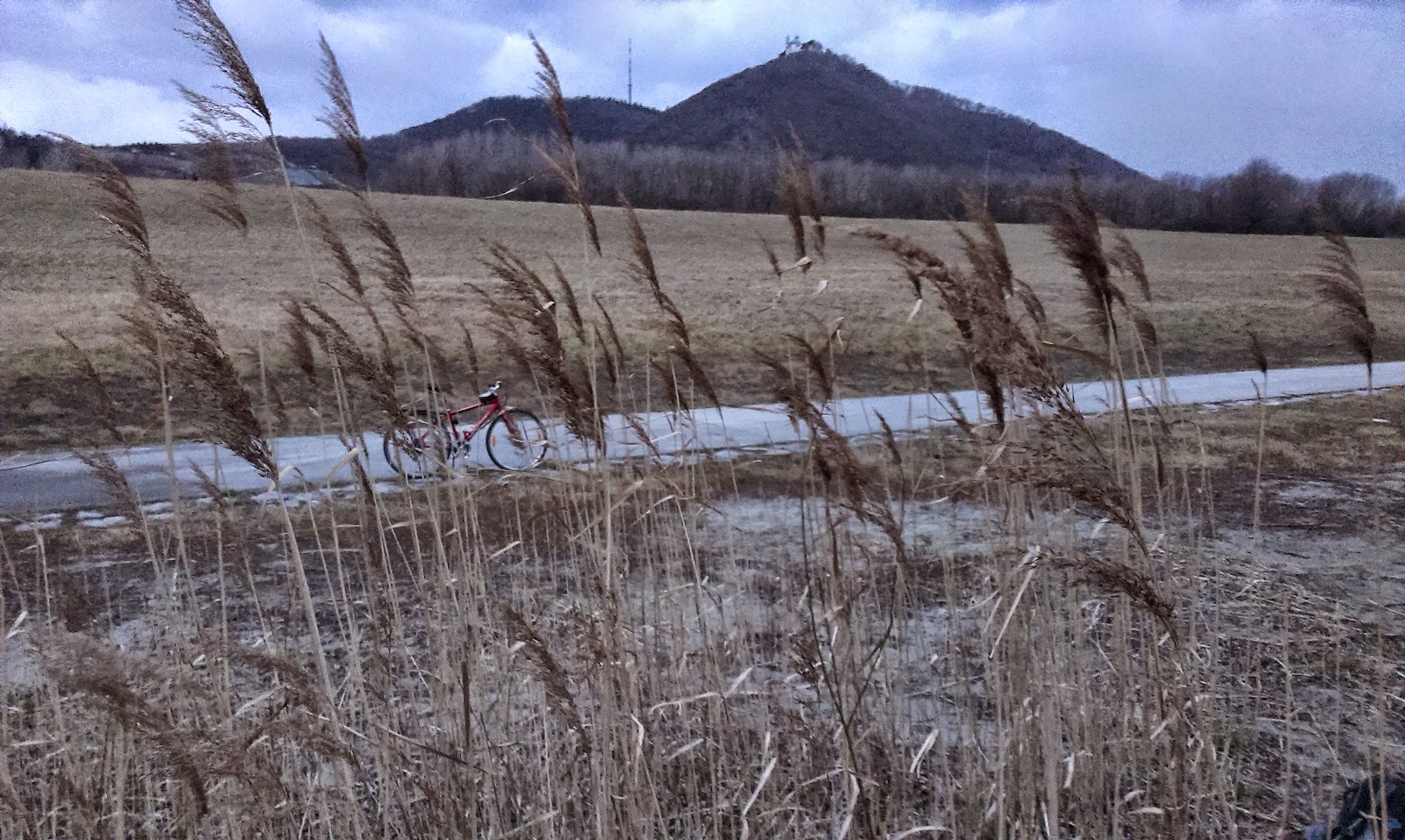 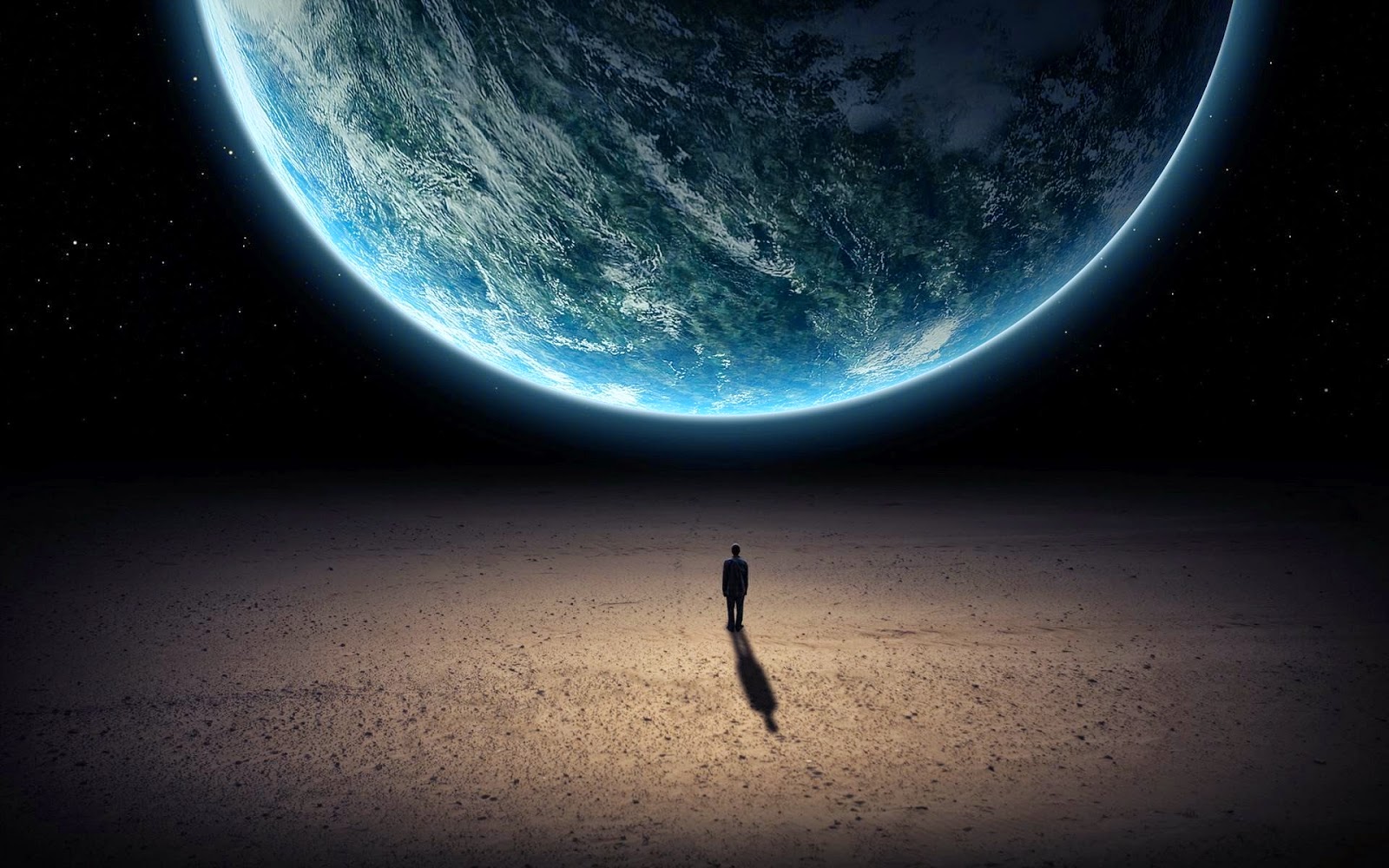